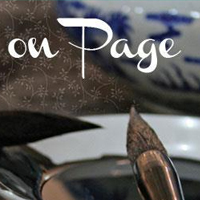 The first OzAsia on Page was held in the beautiful riverside curve of Lyrics at the Festival Centre - and from the initial session of writers, it was clear it was going to be a success.

OzAsia director Jacinta Thompson had liaised this event with Ubud Writers and Readers Festival director Janet DeNeefe and DeNeefe came down to chair the first session, among others over the new event's two days.

As black swans foraged on the Elder Park Lawns and cranes of the non-avian variety reached skywards on the boys' own oval development across the river, Adelaide's cross-cultural literati converged behind the picture windows of the Festival Centre not to peruse the view but to contemplate how different is womanhood in modern Asia.

That historic first session of OzAsia on Page was entitled Women, Identity and Universal Themes.

The universal themes were marriage, education, emancipation, motherhood and extended family. But, as depicted by the two Balinese writers, Sonia Piscayanti and Oka Rasmini, along with Vietnam's Carina Hoang, universality lies only in the names of the topics. If Hoang, as a Vietnamese refugee had one sort of different experience being one who had lived both in America and Australia, the two Indonesian writers,  with their Balinese blood, were divergent to an extreme.

For many, the revelations of their respective lacks of liberty were heart-rending.

Not that the writers sought pity.

Both Piscayanti and Rusmini have been  ground-breakers who understood the profundities of their ancient Hindu heritage and challenged its strict female inhibitions without demeaning or abusing it. The unusual dilemmas of their culture were,  in fact, strong stimuli for self-expression as well as for subtle feminist advancement.

Piscayanti, a lecturer and professor in writing and drama, described the strong value differences between north Bali, whence she came, and south Bali, into which she married aged 23. Therein she, of an educated modern female background, had to learn respect and obedience for a regime of religious ceremonies along with a sense of identity and belonging within a narrow farming world. She found herself among women who were entirely selfless. They cared for their animals, their family and their religious community but not for themselves.
They had no concept of what she did as an academic, let alone as a writer.

Piscayanti's revelations were  jaw-droppers to the emancipated women of Adelaide's literary scene.

Oka Rusmini also had the audience in a strange thrall of shock as she, through a translator, explained how much controversy she had generated in writing about characters who reflected her world as a Jakarta-born Balinese Brahmin married to a Javanese.

Rusmini had made a study of the Balinese caste system and of other Brahmins who had married outside their place in the world. Brahmin woman bear certain responsibilities in their position at the top of the Balinese societal tree.

But, in the end of this day, as one who, with a Javanese husband, had produced a son who had chosen the Muslim religion, Rusmini, poet and documentary fictionalist, said that the most cogent and important bottom line of her son's modern world was a sense of being neither Balinese nor Javanese but of being Indonesian.

The first day of OzAsia on Page moved on to a conversation session with the Hawke Centre's director, Elizabeth Ho, hosting Robin De Crespigny, author of The People Smuggler.

De Crespigny, who is also a film-maker, was hard-hitting in her criticisms of Australian government of both ilks in their "cruelty" towards boat people. Her book describes "the Oscar Schindler" of Asia, one who has helped many desperate refugees and has paid a harsh price for his altruism.

De Crespigny has devoted three solid years of disciplined recording and writing towards her book and was not backward in asserting that Australia had been conditioned by government propaganda about the nature or intention of boat people. None, she said, had been found to be terrorists. There was no queue they could have jumped since there were millions of people in refugee camps and there was no organisation at all. They were not rich people, either. The rich fled to Australia by plane. The boat people were just desperate people who had spent years and years running in fear.

It was a potent session there as Popeye, in gut-wrenchuing contrast, chugged comfortably along the sun-sparkly river with its payload of happy families.

And thus progressed the first day of OzAsia on Page. Next came a serious panel session with Annette Shun Wah in the chair and Prof Jacqueline Lo, Prof Ien Ang and Jen Tsen Kwok on The role of Asian Australians in the debate about Australia's place in the Asian Century.

Then, for something completely different, Elizabeth Ho returned to the chair to a discussion on everyone's favourite cultural marriage - food. With Janet DeNeefe and chef, Cheong Liew, along with Annette Shun Wah, the day ended on Food for thought - Stories of family, secret recipes and love.

The literary component of OzAsia runs for two days in Lyrics.
Admission is free.