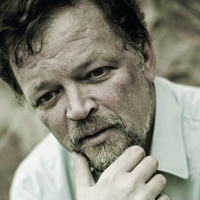 Have you seen Ken Russell’s 1971 film ‘The Musiclovers’, which focuses on Tchaikovsky’s disastrous marriage as he struggles with his homosexuality?  Like many of Russell’s films, it is often grotesque and says more about him as a film-maker than it does about the subject matter of the film. A feature is of course Tchaikovsky’s music and particularly his sixth symphony better know as the Pathétique. It should have been the fourth, which is arguably his best, and it was written at the time of his unfortunate marriage.  He was married in July 1877, abandoned the deeply unhappy relationship three months later, and finished the symphony three months after that in January 1878.

The fourth is glorious.  It is like a snowball rolling down the side of a mountain getting bigger and gaining more and more momentum.  It is an irresistible force bursting with deeply satisfying melodies that wrestle the depths of melancholy but inextricably drive onwards to joyous reconciliation.  Yes, Russell should have used the fourth.

Guest conductor Giancarlo Guerrero had the measure of the evening’s program, especially the Tchaikovsky.  Initially I thought the rise and fall of the waltz-like rhythms in the long first movement were not as accentuated as they might be, but first-chair violist Imants Larsens clearly enjoyed the experience as he grooved and swayed in time!  Guerrero has a distinctive style:  a gentle flick of the fingers as a lightly clenched fist is relaxed to gently but decisively summon the woodwinds; a rising smile to inspire the strings to find the joy in the music; strong and measured downbeats of the arms with almost no other body movement to mark the stately rhythms.

Earlier in the program Guerrero partnered virtuoso Nikolai Demidenko in Scriabin’s (only) Piano Concerto.  This particular composition sometimes gets undeserved ‘bad press’.  It is a youthful work and at times seems derivative of Rachmaninoff and even Chopin, but it does not strive for the same breadth and width of emotion as say in the ‘Rach. 2’ performed in the opening gala concert of the current season.
It is a balanced dialogue between piano and orchestra in which neither must dominate, and Demidenko and Guerrero achieved just that; grace, strength, authority, lyricism.  At its conclusion, and after several curtain calls, Guerrero patted the piano bench inviting Demidenko to play an encore, which he did to the audience’s great contentment.

Another good one.  Well done ASO.