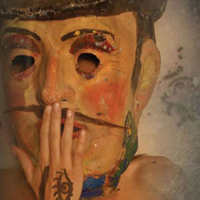 Artistic Director Kate Ceberano’s first Adelaide Cabaret Festival has claimed the highest box office ever in the event’s entire 12 year history, smashing all previous records, including the 2011 Festival’s record by 12 per cent.

With more than 30 sold out performances, Kate said she was humbled by the obvious love South Australians and its visitors shared for the cabaret genre and the passionate feedback audiences gave to the more than 300 performers across the Festival.

“We honestly couldn’t have asked for better audiences, their passionate participation in connecting with these talented artists and willingness to embark on a united journey through song, dance, comedy, music, and illusion was a magical experience to witness,” Kate said.

“The cogs are already turning for next year’s program which I look forward to with gusto!” she says. “We are already in talks with a number of artists regarding the 2013 program.”
“We have been blessed with an exceptional line-up of performers this year, we were so fortunate to see them perform live, and some on our shores for the first time, including Ben Vereen, Lea Salonga, Zoe Keating and Sherie Rene Scott. As well as welcoming back Festival veterans like Adelaide’s adopted Mark Nadler, Camille O’Sullivan, Eddie Perfect and Kim Smith, who all continue to push the boundaries and bring something new,” Kate said.

“Adelaide truly is the best place to play host to the world’s grandest cabaret festival and the Adelaide Festival Centre is a befitting space to house the 16-day event all under the one roof,” she said.

As Festival Designer, revered Australian artist, David Bromley was charged with the design of various venues along with the overall aesthetic of the Festival.

“Bromley in his genius way, excelled in enhancing the Festival Centre’s spaces to add to the inviting and warm Festival atmosphere,” Kate said. “He was instrumental in transforming the look and feel of this year’s Festival, from marketing collateral such as the program and posters, right through to the Festival’s highly successful late night club Backstage and his amazing Bromley Gallery – both free events for all members of the public to enjoy.”

“I eagerly await what Kate has in store for us with next year’s program,” he said.

Adelaide Cabaret Festival returns in 2013 with Artistic Director Kate Ceberano back at the helm from 7 to 22 June.

When: 7 to 22 June 2013
Where: Adelaide Festival Centre
Bookings: watch adelaidecabaretfestival.com.au