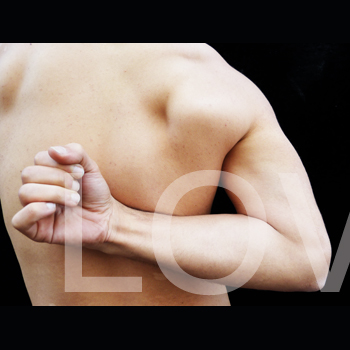 L.O.V. is an exploration of aspects of the relationships between males; intimacy within mateship, dobbing, and father-son connection.  Ali, James and Max are three teenage friends who, through their day-to-day interactions, support each other through the challenges of fractured family lives.  For one, a traumatising marriage break-up all but destroys the healthy development of the bond with his father.  For another, the death of a brother changes his world for ever, and for the third, he is simply an inconvenience.  On one tragic evening their young lives change forever when Ali and James are involved in a fight which leads to a death, and James is imprisoned for manslaughter.  Some years later they are reunited after James has served his time in prison, but things are never the same, and there is one last tragedy.

The basic plot has a certain appeal, but writer and director Claire Yeoman’s text is at times pretentious and gets in the way.  At times the characters tell their stories in the form of poetic soliloquies, but they jar alongside of their otherwise roughhouse personalities, perhaps with the exception of Max, whose character has an overtly gentler side.

At other times the action was underscored by choreographed movement devised by Gabrielle New.  It was especially effective and enjoyable in showing us the boys as they groomed and readied themselves for a night out on the town, but at other times it was a distraction and was certainly not “evocative or emotive” as the director would have us believe.

Fabio Motta played the dual roles of Max and his father with great style and sensitivity.  He was totally believable and endearing.  Joseph Appleton captured nicely Ali’s detachedness from his family and his apparent shallowness, and Michael McFarlane palpably showed us how prison had broken him.  .

Despite the solid acting, the script presented the cast with considerable problems, and they were never able to completely transcend the limited opportunities it presented for character development. They were clearly challenged with making credible what I think was an absurd ending.

The simple but effective staging in the cavernous Queen’s Theatre 2 was well utilised by the cast, and Jason Pearce’s original soundscape added to the mood of the piece, as did the empathetic lighting. The cast worked very hard, but at the end of the day a production is only as good as its script, and this one was lacking.