State Theatre Company Artistic Director to move on in June

State Theatre Company’s Artistic Director Adam Cook has today announced his intention not to seek reappointment at the end of his current contract. He will leave the Company at the end of June, following his production of The Glass Menagerie.  Adam was appointed to the role in 2004 to succeed Rosalba Clemente and has been the architect of the last 8 years of State Theatre Company programs.

Adam said: “It’s been a wild and unforgettable ride, my friends, but all good things must come to an end. For eight years I have had the incredible honour of sharing my dreams with hundreds of South Australian artists and technicians. During my tenure, many thousands of people have enthusiastically explored their appetite for theatrical adventure. It’s time now to embark on the next chapter in my own creative journey, and to make way for someone with a fresh new vision who will lead our beloved State Theatre Company into the exciting next stage of its history.”

State Theatre Company Chair John Irving said today that Adam’s contribution to the Company and to theatre in South Australia had been immense and thanked him on behalf of the staff and patrons of the Company. 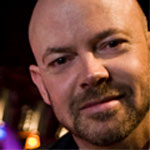 “Adam will be missed. He has been the artistic driver of the company and integral to its success. He leaves large shoes to be filled, but we wish him every success and he will always be welcome as a friend of the Company and as a director of future plays.”

Mr Irving said that the State Theatre Company is in the exciting position of recruiting a new management team of Artistic Director and CEO following the recent announcement that CEO Pamela Foulkes will be leaving in February to join Musica Viva.

“We have been very fortunate to have two such respected leaders at the State Theatre Company of South Australia. They will leave us in a strong position, but as we celebrate our 40th birthday in 2012 it is important that we focus on our future and build on our wonderful history. We will now look to appoint a new senior management team of highly skilled and committed theatre practitioners who want to help shape the future of this organisation.”

Interested individuals are encouraged to apply for either position, but the Company will also consider joint proposals from applicants who wish to be considered as a partnership.

Below Adam talks about his next production: The Ham Funeral.