I'm With You: Live 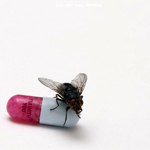 Josh Klingerhoffer is with Anthony, Flea, and Chad as the Red Hot Chili Peppers take Cologone

Session Duration: 138 minutes (The actual concert is about the last 100 minutes)

Over the last twenty-eight years, the Red Hot Chili Peppers have only officially released three concert films on home video.Â  The new concert Iâ€™m With You from Cologne, Germany, was broadcast live via satellite to cinemas in Europe as a publicity event for the launch of their new album.Â  Australian viewers get a slightly more post-produced version of the live concert that clearly omits some short technical breaks, such as the band members swapping instruments, but still feels relatively spontaneous by leaving in some of the bizarre banter between Anthony and Flea.Â  The full video starts with a twenty-five minute countdown and interview with the band members where they basically say how much they love each other, the world, and the bandâ€™s former guitarist John Frusciante.Â  This is frankly a pretty boring way to start the video, because the real interest is the concert itself.

The only track from Iâ€™m With You not included is Even You Brutus?, which is unfortunate because it is the best track on the last third of the album.Â  The rest of the songs are played in album order, and show the band in fine form as seasoned pros doing what it takes to put on a good show.Â  The venue may be relatively small, but this just makes the concert seem more intimate than seeing the band at a venue like the Entertainment Centre.Â  The sound quality and direction (vision switching) is of a high standard, but â€“ like the album on CD â€“ perhaps wouldâ€™ve sounded even better with the guitar mixed a bit louder.Â  Unlike the CD, the audio is far more dynamic (not as compressed), which greatly benefits the ballad Meet Me at the Corner, and the songs that exploit large differences between loud and soft, such as Dance, Dance, Dance, Goodbye Hooray, and especially Police Station.

The band claims in the pre-concert interview that this is the first time they will be performing the songs before the public.Â  They clearly had extensively rehearsed the album because all band members perform their parts extremely well; even when they take interesting detours away from the album versions.Â  While the band seems less interested in jamming than when John Frusciante was in the band, they still add improvisational jams to the endings of Ethiopia, The Adventures of Raindance Maggie, and Dance, Dance, Dance.Â  There is also a five-minute improvisation between Raindance Maggie and Did I Let You Know (which for technical reasons was performed twice, with both versions curiously included in this delayed telecast version).

A major reason the band is able to faithfully recreate the recordings is the inclusion of percussionist Mauro Refosco and Mike Bulger on trumpet and keyboards.Â  Even the band itself switches instruments on Happiness Loves Company, when Flea plays the melody on piano leaving Klinghoffer to play the rhythm on a six string Fender bass (kind of like John Lennon playing the exactly the same type of instrument on While My Guitar Gently Weeps).

There is also an all-too-brief encore featuring the punk freakout jam Me and My Friends, from the bandâ€™s third album The Uplift Mofo Party Plan (1987), and lastly, Give It Away from Blood Sugar Sex Magik (1991), which is the song that broke the band from alternative and college radio into the mainstream.Â  Even though this song is now twenty years old, the band still performs it with great passion.Â  In fact, Anthony seems to sing the verses slower and with his voice deeper, which just brings the damn funkiness of the song to the fore.

Iâ€™m With You live in Cologne simply shows the Red Hot Chili Peppers plying its trade, and bringing great enjoyment to hundreds of fans.Â  They may not be at the peak of their powers as they were a decade ago, but they still know how to put on a good show, whether it is live via satellite or presented in delay; hopefully this concert will be available on DVD and Blu-ray soon.