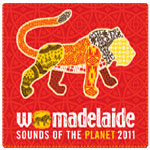 A celebration of Womadelaide 2011 through photography.

The program featured performances and workshops on seven stages by some of the world's best musicians, dancers and DJs, alongside street theatre and visual artists, the popular Taste the World cooking program, Artists in Conversations sessions and an All-Star Gala finale.

Womadelaide Opening to the Media