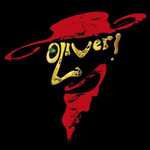 Never work with children or animals, unless of course you’re Marie Clark Musical Theatre. In this production of Oliver!, Director Brian Godfrey has got the most out of his ‘cast of kids’ The mood of the show was captured quite well and the overall look and feel of the production was fitting with the show. Costumes were excellent and the orchestra was also very good, never playing over the action or distracting from the piece. Special mention must be given to the movement and dance. Choreographer Rose Vallen has done particularly well on the larger numbers with simple staging and an element of ‘good fun’.

Oliver! is such a well known musical that there are only 2 options for its staging. Directors can either deliver what the audience expects to see, familiar charactrerisations, typecast actors and recreations of the more famous version, or go completely against convention and deliver an entirely original piece. To give the audience some of what they expect combined with new interpretations only serves to weaken the recreation. Godfrey has gone for a copy of the original, and has achieved most of the elements. But some poor casting, sound and often confusing technical decisions have detracted from this production.

Bill Sykes is supposed to be feared by all, however Peter Bevin’s attempt to be scary was more reminiscent of the Soothers commercial parody of the Godfather. Nancy, played by Cara Brown, was excellently sung. Her performance was powerful and played with conviction. Max Trengove as The Artful Dodger was very talented, but miscast, he was too old for the part and his voice too deep, Finally Hugo Koehne gave Oliver innocence with the perfect balance of rebelliousness, he sang beautifully and acted equally as well.

There were some attempts to integrate the action into the audience by bringing the characters into the auditorium, unfortunately this destroyed the illusion with tech being forced to bring up the theatre lights so the action could be seen. Lighting onstage wasn’t much better, the spotlights were more like strobe lights and it was very distracting.
With a little more attention to technical issues this is a promising production, but die-hard fans of the show may be disappointed.