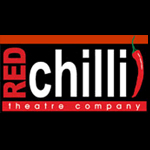 This abstract piece of theatre tells the story of 29 characters that live on the same 'road'. The characters each tell their own stories as well as interacting with each other to give the audience an insight into their lives. The production focuses on the seedy underbelly of Brittan, the northern suburbs, where poverty is king and sex and alcohol are high on the list of daily entertainment.

The 11 actors headed up by Scullery, the 'Road's' bum and alcoholic played by Kim Clark, each deliver as many as 5 characters each, changing location, costume and accent from scene to scene. Kim Clark's portrayal of Scullery is outstanding. One of the stand out performers in the production and the only actor who plays the same character throughout the show, Clark's, Scullery is exhilarating to watch. His characterisation maintains energy and focus and is believable from beginning to end.
Amy Hutchison and Cheryl Douglas also deliver exceptional performances as the youth in the piece, their characters struggling with peer pressure, alcoholism, and the social positioning of woman as sex objects in their district.

Ole Wiebkin’s set is impressive, but some scene changes took place in full light, and the illusion is destroyed when costumed actors appear moving furniture in other characters scenes.
Although the show is enjoyable from start to finish, it is long, and although the interval is cleverly used by the performers to carry the theme of the show into the second act, much of the audience could be forgiven for just wanting a break to refresh and reflect, before enduring the depressing stories of the finale.