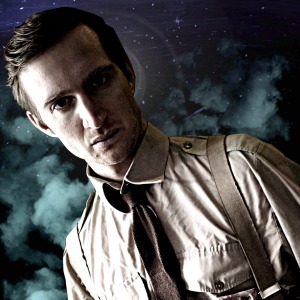 Adelaide Fringe. Presented by Jethro Compton in association with The Centre for International Theatre and Joanne Hartstone Ltd. The Bunker. 7 Mar 2014

Written by Jamie Wilkes, ‘Agamemnon’ is one of the so-called Bunker Trilogy plays directed and designed by Jethro Compton.  As for the other plays in the trilogy, it borrows themes and story lines from a classic text but then locates the action in the trenches of Western Europe in Word War One.

In Greek mythology, Agamemnon was the King of Mycenae who led the Greek invasion of Troy to rescue Helen, the wife of Menelaus, who was abducted by Paris of Troy.  To earn the favour of the Gods in his warring endeavours, Agamemnon sacrificed his own daughter and upon his return from Troy he was murdered by Aegisthus, his wife’s lover, or in some versions of the myth, by Clymenestra, his wife, in concert with Aegisthus, which is the version re-imagined in Wilkes’ gritty play.

Not knowing the Agamemnon myth does not diminish one’s enjoyment of the play, but knowing it also leads to a certain amount of confusion until you come to fully realise that Wilkes’ script has parallel streams in it: that which is real, and that which is imagined by Agamemnon as he lay dying in the trenches feverishly hallucinating about Clymenestra and how she might seek revenge on him for an act of infidelity he has committed during the war.

This play was marginally less satisfying than the other plays in the trilogy, especially compared to ‘Morgana’, because in the confines of a 60 minute performance the text tended to skate over character development and thinned out the actual story line.  For example, I was never fully convinced that Aegisthus (gently played by Hayden Wood) could have been so besotted by Clymenestra that he would so easily agree to help murder Agamemnon when he returned from the war.

However, as in the other two plays, the acting was superb and James Marlow as Agamemnon was just stunning.  He played the role with such intensity you could almost feel the agonising pain of Agamemnon’s mortal injuries received in his last “over the top”.  Bebe Saunders gave us both love and loathing disappointment in her well crafted portrayal of Clymenestra.  Sam Donnelly provided strong support as the other soldier in the trench who comforted Agamemnon in his final hours.

The empathetic and at times downright disturbing soundscape by composer Jonny Sims and sound designer Ella Wahlstrom added to the overall impact of the performance that left you speechless when the final light went out.

Another excellent production from Jethro Compton,

When: 9 to 16 Mar
Where: The Bunker
Bookings: adelaidefringe.com.au