The Event by John Clancy 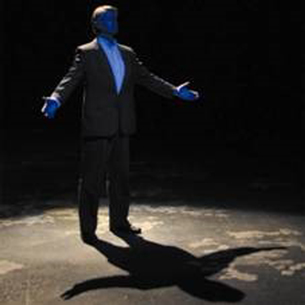 The theatre is rich with stories of heroic stand-ins. That it be the case of an actor supporting another actor in a one-hander about the perilous nature of an actor's life has a certain special piquance.

So it comes to pass that Bob Paisley is back in town - the Kansas actor who charmed audiences with his Driving Miss Daisy in the CIT series presented through Guy Masterson. And, it is Masterson for whom he is doing the eleventh hour stand-in. Masterson had to forgo his Fringe 2014 season for family reasons in the UK.

Happily, Paisley knows the award-winning John Clancy piece well. He has performed it in Edinburgh and the US. When Adelaide audiences last saw The Event in 2010, however, it was performed by David Calvitto who promptly won a Fringe Award. Paisley is probably going the same way.

It would be hard to find a more masterful replacement for Masterson. He is personable and able. His performance sweeps easily through the moods and styles of dramatic training - from formal delivery through direct address to the fourth wall, displays of deference, whimsy, heated expostulations, denunciations and comedy. It's a quaint and intense script intended as a virtuoso piece. It is delivered almost entirely in the third person.

It seeks to depict the isolation of the actor, his vulnerability as mouthpiece for the words of playwrights and his predicament at the mercy of costume-designers and directors. It looks at the composition of the audience, referred to as "strangers" and the question of whether or not a real relationship can evolve between stage and audience. It plays upon the devices of the theatre, snipes at the undercurrents of backstage politics and uses all the arts of the stage to present a wry abstract on how peculiar a beast is the theatre.

It also touches on life itself, the idea that every man is an island and, indeed, the existential questions of reality itself.

It's quite a piece. It takes quite an actor.

And there he is, outstanding in a pool of light in that wonderful new Fringe venue called the Kevin Crease Studios. It is a show to be recommended.

When: 8 to 15 Mar
Where: Kevin Crease Studio Live from Channel Nine
Bookings: adelaidefringe.com.au