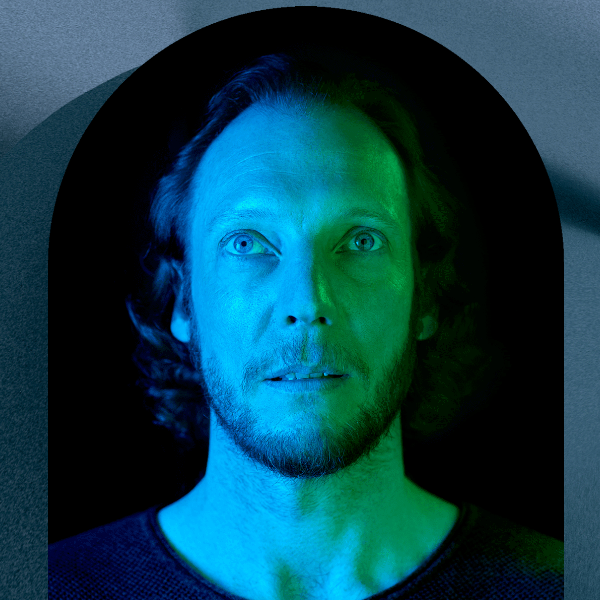 With a head brimming with anticipations of the eerie beauty of the trails of greenery and crystal clear waters of the Southeast’s sinkholes, it was disconcerting to discover that Cathedral, Caleb Lewis's new one-hander about deep diving, is depicted upon an almost glacial black and white set.

Expectations are overwhelmed by the otherworld reality, obscured by descriptions of the terrifying clouds of silt, the ultimate blinding terror of the deep, that of which one never thinks.

This play is a voyage into damnation.

Kathryn Sproul’s set offers a small landing dock whence divers descend to those eerie deeps and behind it a crack in the symbolic cliff, the sort through which spleunkers may find their way into cave world.

Down on the Limestone Coast we know there are labyrinths of caves and tunnels, a genuine underworld. Hence for South Australians, the immediacy of this very creative stage piece.

And, oh how effectively it deters one for so much as contemplation of floating atop a Limestone Coast sinkhole, let alone diving in the icy depths of the North Sea.

Clay, the Aussie diver, takes the audience into a netherworld which is very dark and scary, indeed.

As a professional diver, his career takes him from Australia to Thailand where he is challenged that teaching diving to people to see moon fish is too easy. He should brave the wild North Sea.

Performed by the wonderful Nathan O’Keefe in a rather dashing wetsuit, Lewis’s script traces Clay through the training and near-death experiences and the loss and anguish which follow him. While the monologue is embellished with some extravagantly lyrical prose, it is also quite gruelling as it delves the inimical depths, gathering in the dark recesses the idea of long-lost bodies of peers and family.

O’Keefe writhes onstage in accumulating despair.  He gasps for air in a performance of visceral intensity.  One finds oneself recoiling in horror.  This is the stuff of nightmares.

O'Keefe is always alone but the voices of others are heard from the somewhere nowhere of his memory. Occasionally there are terrifying bursts of explosive sound and even frenetic music in a perhaps over-amplified soundscape by Andrew Howard.

Kathryn Sproul’s set with Mark Oakley’s lighting give the stage an expansive bleakness, occasionally with the circle of light symbolising air and hope, finally with shards of violent brightness spearing through the black. It is not an easy concept to illustrate and a lot of ingenuity is evident.

Director Shannon Rush has pushed the monologue to an urgent pace, thrusting its dramatic edginess forth. It takes an actor with O’Keefe’s skills to deliver the lonely sturm-und-drang of the wicked dark waters. But, he does. It’s his tour de force.