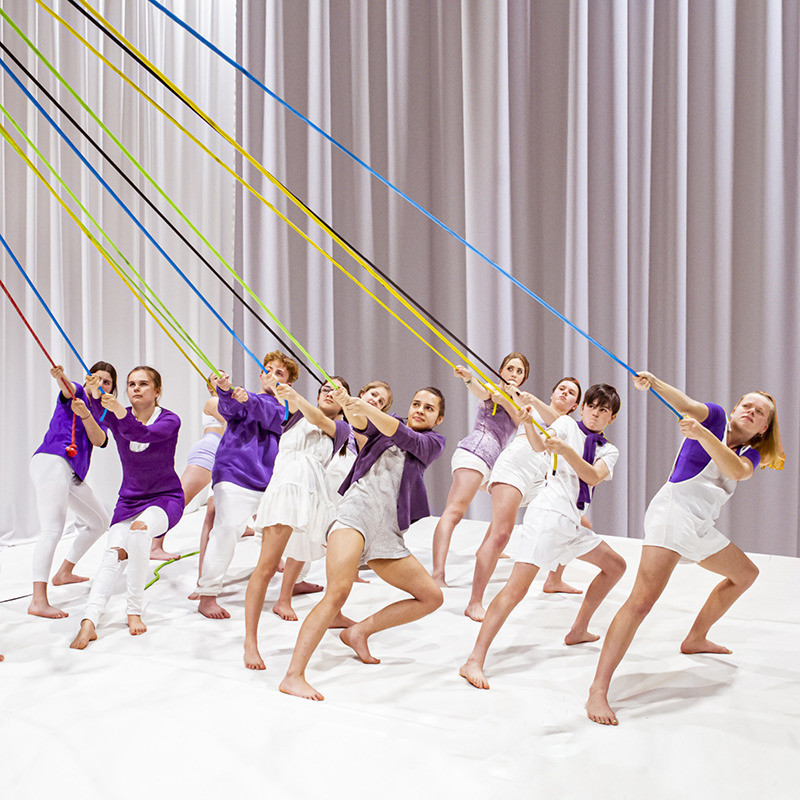 Ropes, string, the ties that bind – the young performers from the SA Circus centre’s Youth troupe explore them in a compelling and skilled theatrical work, and it shows Cirkidz as a fully grown up youth theatre company.

Ropeable explores the togetherness and aloneness of living in communities, with friends and families, using the ties to emphasise the bonds, to make more riven the deep cracks. It is a cohesive and well-crafted show, much more than tumbling and acrobatic skills brought together for a Fringe event. The young acrobats leap and spin their way through the production to Phoenix Pastro’s original soundtrack, at times pulsating, at others melancholic or pensive.

It should be noted that quite young ones are not really the audience here; the music can be a bit loud and they get restless about half way through as their attention drifts. Ropeable is an entertaining and skilled production from this company but it does not ‘speak’ directly to an audience as a children’s show might.

Using various devices - suspended ladders, rope towers, shoulders – on this stage in the round, the cast goes through their paces with a professionalism that belies their years. Mistakes are made, but so quickly glossed over and moved on that it barely registers. They work brilliantly as a group, and the trust level is palpable as they fall without hesitation into each others’ arms from great heights, supporting and strengthening each others’ routines.

One vignette features a stunning lighting effect; the stage and the performers are lit up with a yellow polka dot effect, creating an eerie edge to the acrobatic performance. This is so professional it’s easy to forget that many of the cast are performers in training.

A standout was the figure in the web-like harness who hung suspended in the air, supported by ten strings. They are cut through, one by one, by a slightly malevolent woman; the audience silent in delicious suspense as she cuts one after another until only one remains...

There is humour in the production; the hilarious pink string scene was a welcome relief from some of the more esoteric fare, and did raise the question, how long is a piece of string?!

Where: The Peacock @ Gluttony