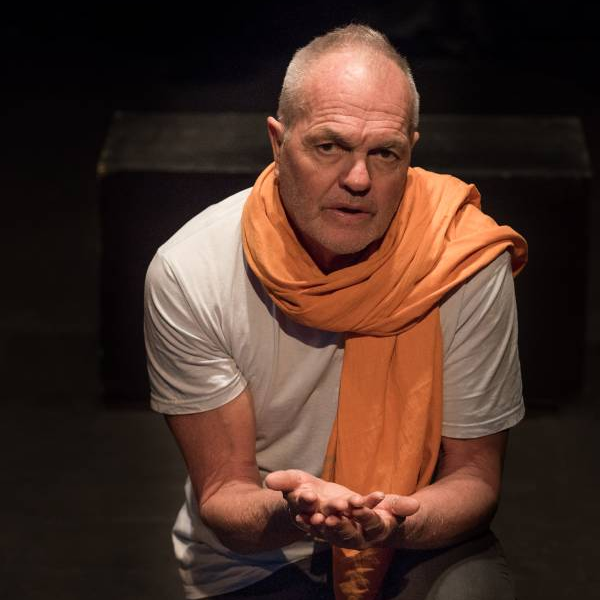 Written and performed by Stephen House, The Ajoona Guest House provides a glimpse into the hellish world of the down-and-outers living on the fringes in the little observed recesses and hidden places in the old part of New Delhi. It is almost voyeuristic, and it is gut wrenching.

Few of us can ever imagine who and what inhabits the underworld in major cities. Occasionally we read about it in the media, and as recently as today we learn that the SA Police are investigating what could be numerous drug-related murders in Adelaide that until now have been looked at as suicides or overdoses. Such is the horror of the illicit drug scene, and The Ajoona Guest House gives us an insight into the human toll of that underworld in New Delhi.

The Ajoona Guest House is for a solo actor who performs the roles of multiple characters who are either residents at the Ajoona or who are associated with them. It takes good writing and even better acting for such scripts to be successful. Over recent years there have been numerous examples of such productions – many at The Bakehouse especially during festivals – but few have reached the same excellence as does Stephen House with Ajoona. His script is tight, compelling, always engaging, and character driven. His stage craft is well polished and he paints detailed and mesmerising pictures of each of his characters that stimulate the imaginations of each and every audience member to deeply visualise the implied settings. We can almost smell the dirtiness of Old Delhi, and Alain Valodze’s evocative and rich soundscape aurally transports us to the subcontinent. The simple stage setting – an empty stage with nothing but a box to sit on – works exceptionally well. There are no distractions – everything is in the text that is masterfully brought to life by House’s exquisite stage presence. Lighting by Stephen Dean is simple but effective.

Director Rosalbe Clemente must have had such a rewarding time pulling this show together: an excellent script, a masterful actor, expert and imaginative production elements.

The Ajoona Guest House runs only for a short season, and deserves to be seen by as many as possible.