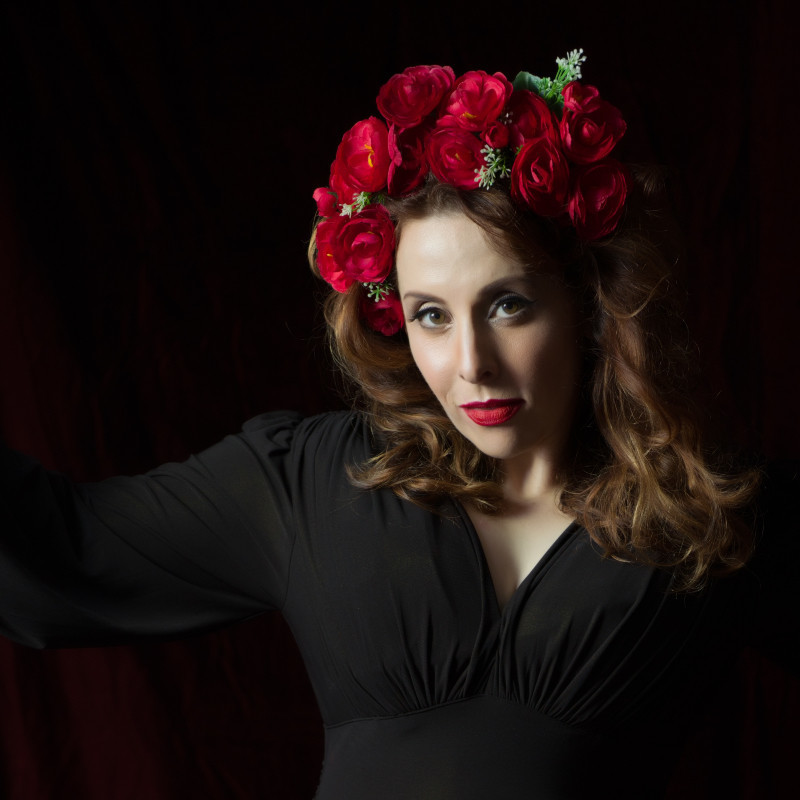 Adelaide Fringe. Johanna Allen. The Chamber at The Queens. 12 Mar 2021

She’s the classically-trained soprano from Henley Beach. That’s how Johanna Allen likes to describe herself. It’s a modest, self-effacing throw-away which is utterly endearing to Adelaide audiences.  As is Allen.

She has worked this town for decades now bringing us into the palm of her beautifully begloved hand.

And, of course, there’s the voice.

Johanna Allen has a rich, complex singing voice. Not only does she have an enviable range but a particular timbre which adds to the pleasure she bestows upon the ear. And, while she easily can soar to glass-breaking operatic notes, she doesn’t need to over-diva. She’s got other goods in the performance repository. Comedy, for instance.

Hence her Euromash concert is something of a wild ride in which the rolling idiosyncrasies of Latin languages are affectionately satirised and in which European cultures are fulsomely embraced. There’re hot blooded tango, sensual love songs and oh, not-so-veiled Weill violence. Indeed, albeit decidedly epic, Allen’s Mack the Knife is a daring adventure into dramatic licence. Perchance there has never been any performance of this much-sung song quite like it, with pianist Mark Ferguson almost inside the piano tweaking ominous noises, and strings maestro Julian Ferraretto eliciting eerie notes from his saw, Allen whistles, breathes, and whispers eking out the Brecht’s lyrics, under a strangely blooded mottled spotlight

Allen has theatrical wherewithal as well as the musical wherewithal. Hence she plays all the moods and then some. She plays vamp and comedienne, tragedian, and pop princess. Cherry chapsticks will never seem the same again.

She does Leonard Cohen’s Dance 'til the End of Love bringing it to an insanely swift crescendo. She does Rosemary Clooney’s gorgeous Mambo Italiano gorgeously. And, ah, Piaf’s L'hymne a l’amore. Ah.

Of course, she is one of the proper old-school pros who dresses superbly for performance and with her mane of chocolate hair and her intricate almost flamenco style frock with its clever partial see-through skirt, she looks divine. Also, her two creamily professional accompanists not only are almost locked-soul with her performance but also it is downright touching in 2021 to see a pianist with the showbiz finesse to wear a tie to work.

Where: The Chamber at The Queens