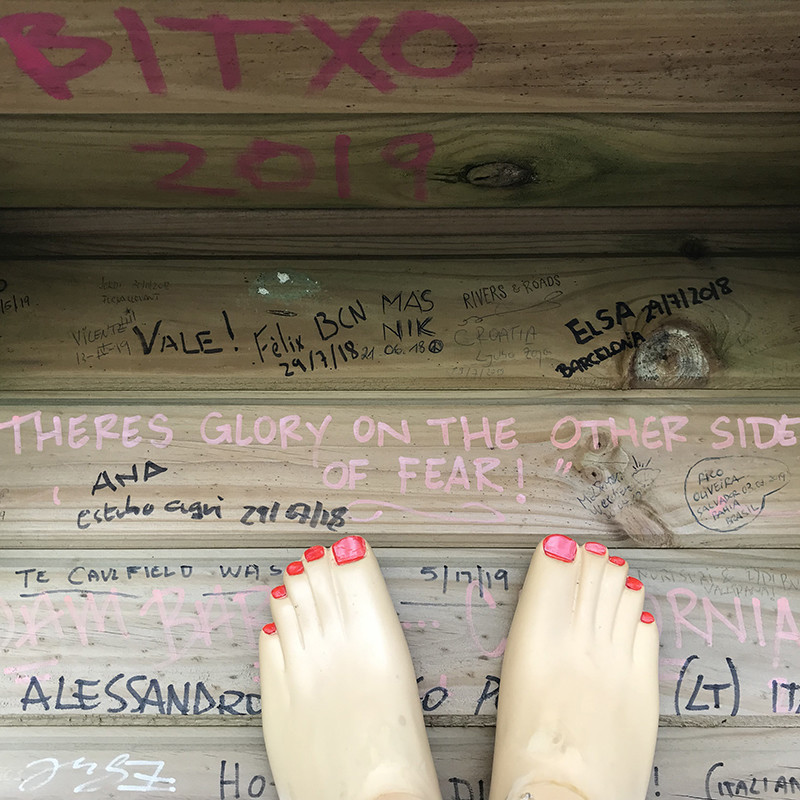 If there is one thing worth doing this Fringe, it is spending an hour in a darkened room with Gill Hicks.

Hers is no average theatre performance. It is an experience, a life-enhancing and endorsing experience.

It is a narrative of unutterable darkness told with exquisite lightness.

Gill Hicks is she of the 2005 London underground suicide bombing, the Adelaide woman pulled legless and nigh-lifeless from the wreckage of that doomed commuter carriage. There is no way such a tale should be funny, but Hicks is one of those charmed souls who can find a bright edge against the odds.

And, she can sing.

Hence, she has turned her gruelling tale of survival into a very engaging and well-structured performance piece.

Hicks sits on a stool onstage, her big black tutu a glory of tulle which exposes, quite perfectly, her prosthetic ankles and the delicate bare feet she has had created with the idea of being “earthed".

An expanse of screen behind her reveals not only background images but, importantly, the footage of the beauties of life, images which drew her away from the arms of death: champagne, sunflowers, the sea, pasta, glamour, city pavements. It is a serene and soothing sequence, uplifting and meditative. Rather like Hicks herself, as it turns out.

Flanking the stage, she has two musicians, Dylan Paul on double bass and Julian Ferraretto on violin and, of all wondrous and unexpected things, the hand saw. Oh, what exquisite sounds he elicits from that common tool.

Together, the musicians provide the cool jazz beats to which Hicks adds her soft and airy alto voice. She interposes reflective songs such as Bye Bye Blackbird, Staying Alive, and Summertime, sung gently and slowly before rising to powerful crescendos which belie the fact that she also lost a lung in the bombing.

Her speaking voice is also easy on the ear and, ever understated, and with a sense of celebratory wonderment at the glorious absurdity of human existence, she relates her story of coming to what she calls “Gill’s second life”. Love reigns high in her monologue and, indeed, in her world. She has felt the love of strangers as few people ever will. She survived because of the loving care of police, paramedics, and medical professionals. She carries this love within her and seems to breathe it from the stage.

And her audience leaves feeling enriched by a rare encounter.