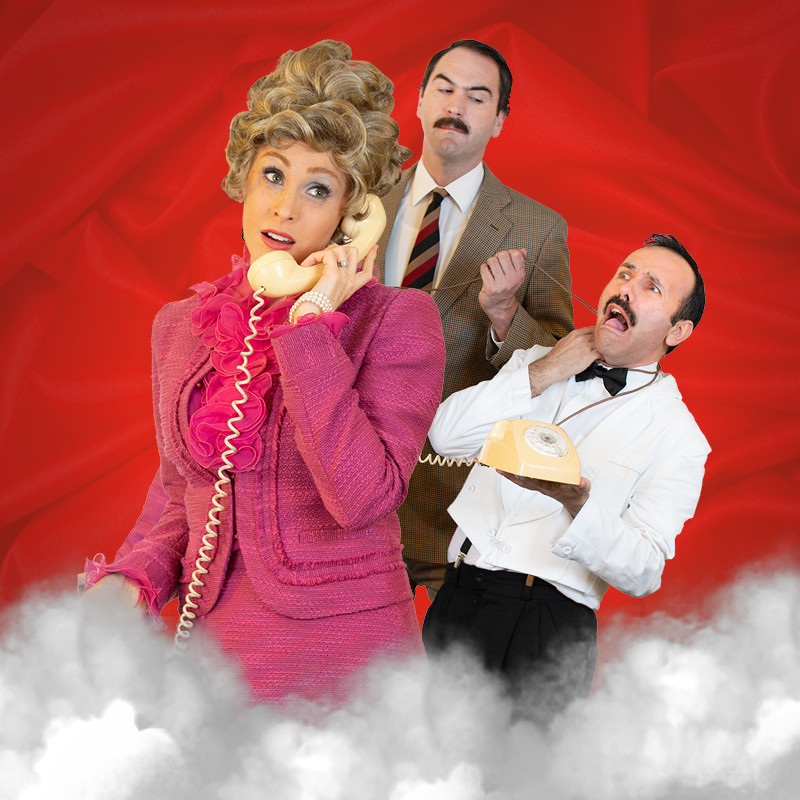 More than 40 years on, Fawlty Towers lives through its legacy as the best British sitcom of all time, in this case via a dinner experience hosted by the main characters; Sybil and Basil Fawlty, and Manuel, the Spanish Waiter.

With only three characters to ‘host’ the evening, it’s essential that the three are excellent and strong performers, able to exert influence upon a room of over 100 people. The simple truth is the characters from Fawlty Towers are grossly overplayed caricatures and must be played as such.

Nicholas Richard as Manuel was probably the best of the three, though Monique Lewis Reynolds (Sybil) pushed him hard, especially when she revealed her outstanding singing voice in wishing some of our number Happy Birthday.

Jack Newell as the quite youthful Basil Fawlty simply did not have the strength of characterisation to cut through the hubbub. He hovered around the edges, made acerbic comments to some tables (which no-one else could hear) and overused a newspaper prop to little effect.

This meant a great deal did not happen on this, the first night of the Fringe, in a new venue, when the dining ran well over an hour late. The result of this appeared to be that there was not enough script to cover the time period, so much of the extra time was used by the audience getting to know each other while nothing else was happening. My notes make mention of the spare table, the bread rolls, and the butter – all gags as the evening progressed – followed by Manuel’s solo turn when he is asked to ‘wait on table’, but these are highlights in a show which needs to get so much better. The inevitable Basil The Rat made an appearance late in the evening, which is nice.

By the way, the meal was perfectly acceptable, and may have been even better if it had come out on time, but that is speculation. How good people expect a show such as this to be is also open to speculation, but I saw this in a very early iteration (around 2000) and it was wickedly rude and so very funny.