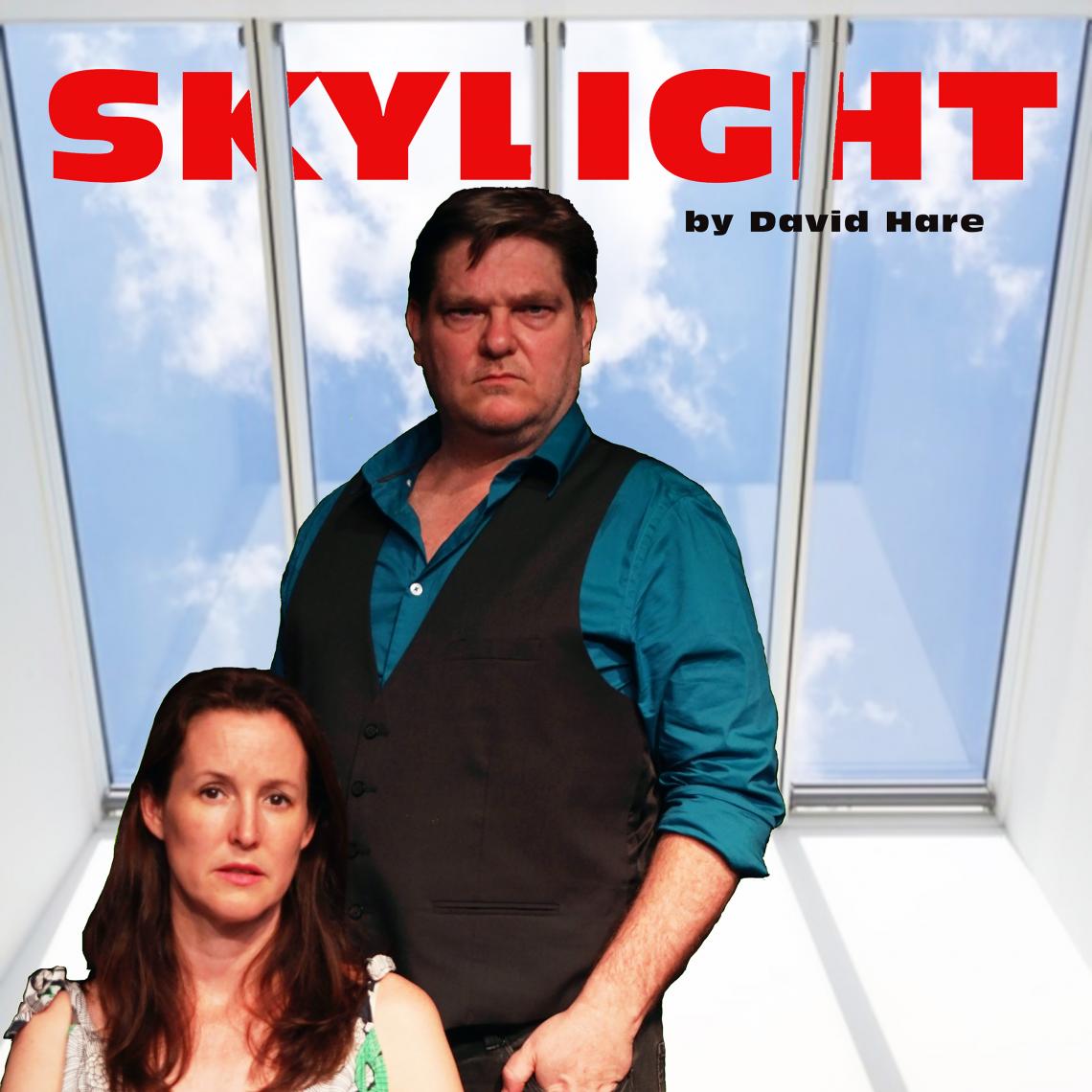 The years have been kind to David Hare’s play, Skylight. Kyra, its principal character, has chosen a life of austerity in an unheated London slum flat. Her decision to reject newspapers, television, and the comforts of the modern world are central to the plot-line which is a timeless evocation of political extremes. So the lack of computers and cellphones is not jarring.

She is visited unexpectedly by Tom, her former lover, a wealthy older man from whose family she fled when his late wife discovered their long-term love affair. While Kyra grew up on the right side of the tracks and has chosen the idealistic path, travelling distances by bus to teach disadvantaged children, Tom came up from a working class background to acquire a string of successful London restaurants, a trophy wife, a holiday house in the sun, and a chauffeur-driven limousine.

Tom’s visit is prompted by his yearning to rekindle that old illicit love, now that his wife has died. And, he is appalled to find that Kyra swapped the luxury of living as part of his family for this life of principled poverty. And thus, just short of agitprop didacticism, the play devolves into a class war.

Hare’s skill has been both the credibility of the characters’ backgrounds and his sublimely astute mastery of dialogue. This is a wordy, intense play. But, the barrages of opposing logic emerge as a transfixing domestic drama; literally kitchen sink insofar as it is set in a kitchen and, indeed, Kyra cooks (and ruins) a spaghetti dinner right there on stage.

It is a superb set, with large windows showing treetops and falling snow, and long kitchen benches at which Kyra busies herself making pots of tea and chopping vegetables as she confronts the emotional landmines of Tom’s expectations.

The audience is swiftly enfolded within the tensions of their reunion.

From the moment he steps in the door, Brant Eustice's presence as Tom consumes the stage. He prowls around as a needy, vulnerable bully and the audience quickly falls into his thrall. The role could have been written for Eustice, so potently does he embody it. This puts him into pretty laudable company since Michael Gambon, Bill Nighy, and Matthew Beard earned Tony Awards in the role of Tom and, indeed, the 1995 play won a best revival Olivier Award when it was remounted in 2015. It is that sort of a play: a ripper; dense theatre for serious actors.

And therein does Alicia Zorkovic belong. Her Kyra is the perfectly underplayed counterpoint to Tom’s bombasticism. She is quite riveting with her beautiful voice, well accented to reveal her character’s breeding. As the play develops, so does she bring forth the quiet strength and integrity of Kyra.

Towards the end of Act I, there is a moment when chemistry between the two characters brings not only the actors to tears but also the audience. It is quite exquisite.

Can two former lovers reignite what they once had under different circumstances when one has chosen a life of idealistic, socialist, materialism denial, while the other is thriving on the cream of capitalist confidence? Each has strong arguments for their lifestyle and valid criticisms of the other. It’s an engrossing and still relevant debate.

The play is oddly bookended by a third character, Tom’s son, Edward, pleasantly played by Jackson Barnard. He appears uninvited at Kyra’s flat to beg her support for Tom’s shortcomings as a widower. This cameo gives context for what is to follow, but his return at the end of the play is perplexing enough for audience members to wander out into the night discussing it.

Indeed, Skylight is one of those eloquently-penned British plays which provide nourishing food for thought on several fronts and probably should be in the syllabus for secondary students.