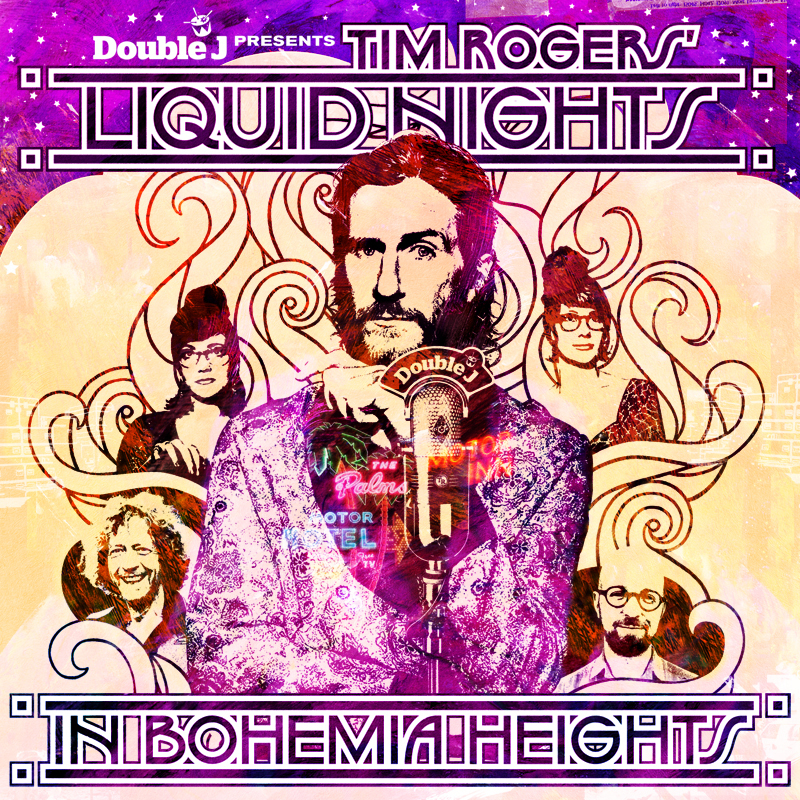 In this case, truth is stranger than fiction… the show morphs into a talkback episode hosted by Tim, who is so curiously laidback he almost allows his sidekicks to steal the show, and the pearls are the pretend local advertisements, presented in 1950s fashion with live inserts and sound FX (the Foley artist).

And so, after a waffling start the guests are introduced: comedian Frank Woodley does a great bumbling turn as himself, turning in a song about Groucho Marx, the role of sadness in comedy, and empathy. His poise and his self-deprecating humour make him a community radio natural (no slight to be inferred).

Malia Walsh & Cassia Jamieson from Circus Trick Tease prove that circus and acrobatics are not really radio sports able to be easily commentated, and the final guest of the evening is Ben Marwe, singer for Adelaide rock band Bad//Dreems. I reckon they’re great, but I question how many of the audience have heard any of their stuff. Perhaps Rogers felt that was reason enough to introduce him into the show, and ask whether he was ‘an exemplar of men’.

“Yes” is my note of Marwe’s deadpan reply.

Liquid Nights In Bohemia Heights is a curious show which seems to struggle for reason. It may be a metaphor, therefore, for Rogers himself post You Am I. As one of the greats of Australian rock n roll, Rogers is to be congratulated for leaving behind his music and seeking fresh horizons, but the script is sometimes tangled and verbose, the idea behind the show likewise obscured by a lack of direction. I note the programme notes describes Tim Rogers as ‘louche’, but he appears onstage more laidback and less louche than advertised.

It may be that this review is best read as a companion piece to that of fellow luminary Tex Perkins, who played the same venue two nights later.