A Fast Life On Wheels 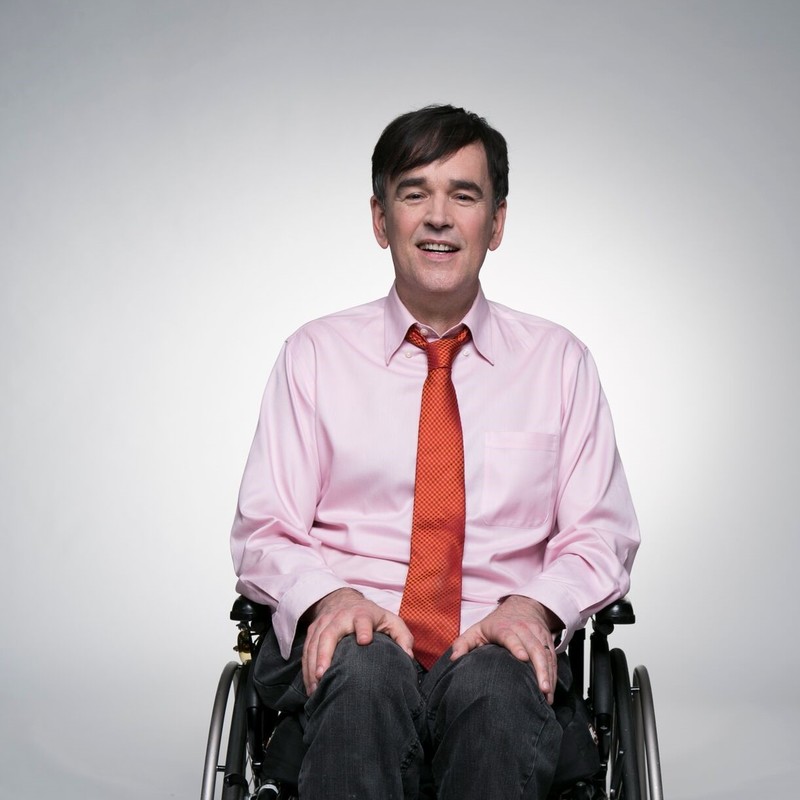 The title of Tim Ferguson’s solo show hangs heavy with the air of ironic fatalism which has pervaded the comedian's working life since the encroachment of dreaded multiple sclerosis. He has not let its pain or physical impediment impede a defiantly ongoing career in film, television, writing and sit-down comedy.

So here he is again in his wheelchair on a primitive Fringey high-box stage in a massive black box in the Garden with a simple and direct multi-media presentation.

Of course, it is a bit trendy these days to be a disabled comic, to clown around with cruel fate.

But Tim Ferguson is not like the others. Not a bit. While he cannot do stand-up, he can stand alone in the field.

It is about content, intellect, and terms of reference. His humour does not capitalise on disability or mock it; it extrapolates intelligently about and from it.

Ferguson is a Fringe veteran. He erupted onto the Adelaide Fringe program and right into controversy as one of the Doug Anthony Allstars, back in the anarchic heydays of the 80s. With Richard Fidler and Paul McDermott, he was not only into jelly-wrestling and darkly mischievous humour but also into baiting journalists. To that end, this critic was to become a special Adelaide target. It was all in edgy good spirit.

The DAAS Fringe years rolled into TV years and divergent careers. All these things Ferguson relates in his hour of power in The Garden: the evolving relationships of the trio and his gradual voyage into disability.

Ferguson explains MS and illustrates its diagnostic characteristics with slides.

In the face of darkness, he is droll and wise.

But his show is not narrow. Ferguson is a substantial Australian talent and he knows his craft. Hence is the show eloquently balanced between dark and light, absurdity and perspicacity, life stories and quick gags. It rolls along easily and amicably, tech flaws irrelevant. He interacts with the audience’s interruptions fondly and respectfully and gives one and all a bit of a lesson in comedy writing. Yes, you, too, can do it promises this man for whom the teaching of comedy writing has become another ongoing career path.

Indeed. Tim Ferguson is a very interesting man of considerable depth and substance. His show is enlightening, enriching, and entertaining, Out of the negative of pain and dependency comes the positive of humour and acceptance. No wonder Tim Ferguson is so beloved in this country. Five stars.

Where: The Box, Garden of Unearthly Delights