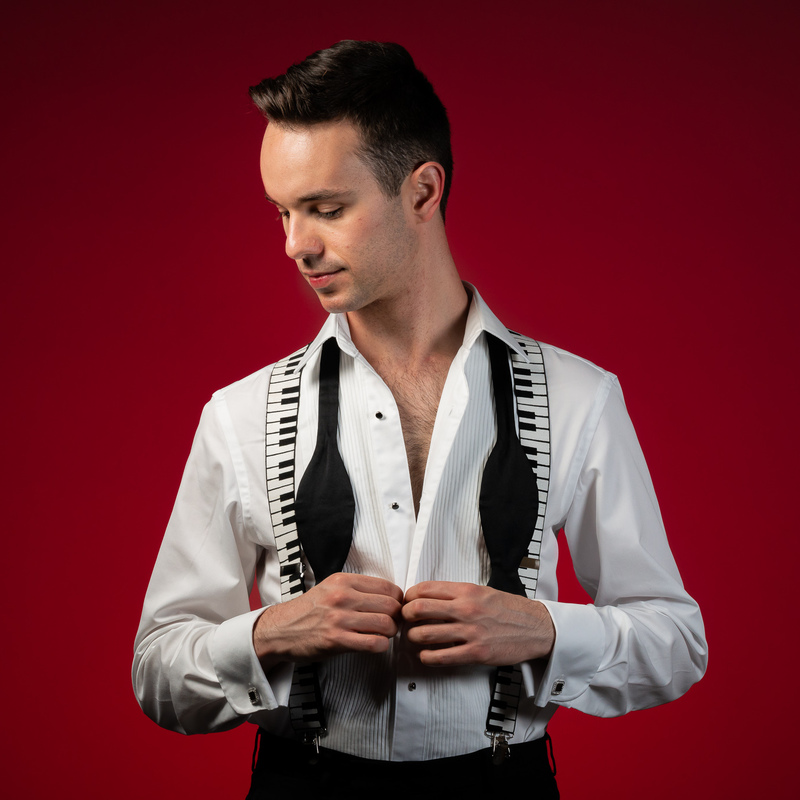 Josh Belperio is back, and he is bespectacled, moustached and sporting thick, long, flowing hair, in contrast to his poster appearance that reflects on his multi-award-winning 2019 Fringe show, 30,000 Notes. Missed it, so I can’t compare, but Right Here, Right Now is definitely a must-see for the morally concerned.

This is the real Josh, not the one that’s trying to please anyone. Josh foresaked the show he planned, Scarred For Life, in favour of material in response to the fires, the lack of action on climate change, the humiliation of the gay marriage debate, the upcoming Religious Discrimination Bill (legalising religious discrimination) and ScoMo’s famously poor leadership. He is energised by Alan Downs’ self-help book for gay men, Velvet Rage, sufficiently to write what amounts to half a Broadway musical in a couple of months. Josh is an astonishingly accomplished wordsmith and matches that skill with inventive keyboard work while bashing away on the Roland. Whoever can make a string of invectives like “obscene pious hypocrisy” sound good is good by me. Mark Nadler and Eddy Perfect – make way!

Josh is a gay fellow in more ways than one and he is simply a joy to be around. His bonhomie is contrasted with his sincere concern for the world and especially his personal movement toward self-assertion. You want to cheer him on. The songs are ceaselessly clever, although his Otto song from his musical-in-progress, Gay Conversion Therapy, would make a Feast audience blush. Josh’s songs are vocally challenging for a musical star, so I don’t think he would make the cut at an audition for one of his own shows.

Josh lost half a spleen in a bike accident, but he’s all heart. An intelligent, moving, and authentic experience by someone who no doubt will make it big one day. Bravo!