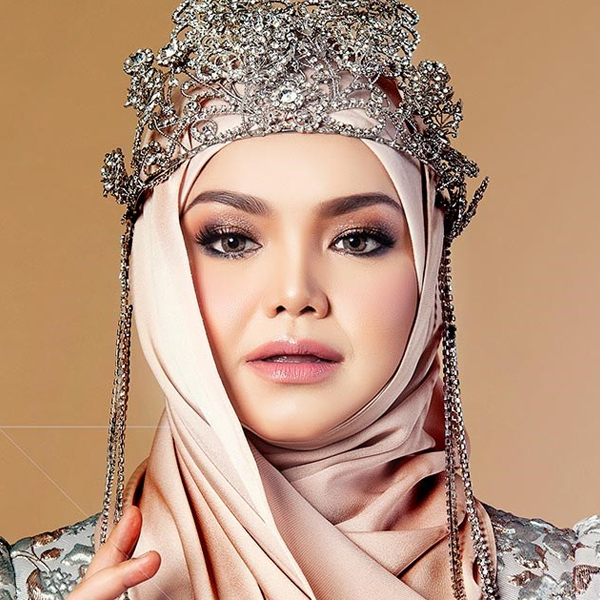 Never has there been a sight like it in the Festival Theatre - a sea of bobbing hijabs. Siti Nurhaliza is a star with a massive following throughout Malaysia, Singapore, and Indonesia. She has six million followers on Instagram alone and awards beyond measure. Hence, adoring young female fans had swarmed to the OzAsia Festival for her one-night-only appearance, not only from Adelaide but packs of them from Melbourne and Sydney, too. The Centre was a-buzz with the effusive crowds, even providing a prayer room for pre-concert worship.

The auditorium was adorned with huge pinup images of Siti and the stage was ready with the band and backup singers in place when the star made her entrance. It was met with a cacophony. Elevated iPhones shone forth, recording the thrill of the moment. No one minded the lights or even the no-photos warning signs. This was a Siti thing and this mass of exuberant humanity was on the same page. As Siti began to sing, so did they, softly and lovingly. They knew her every word. She’d leave the end of song lines for them to complete. A love fest was underway.

Siti is as beautiful as she is talented. She wears her hijab as a stunning fashion item atop glittering long gowns. Islamic glamour can be utterly gorgeous. Religious codes seem to be entirely respected amid the showmanship of Siti’s concerts. But it is an emancipated Islam in this generation of young music lovers from our neighbouring countries. And music is the great bonding uplift of the world.

Siti chatted merrily with the audience, mostly in Bahasa Malaysia. She spoke of music as the food of love and of the pleasure, with her husband and young daughter, of exploring Adelaide and what language fun they had been having with her name which the Aussies think of as “city”. In her own tongue “city" could end less lyrically in translation as “kampung”. She loved Adelaide and was blown away by the new hospital.

She sang a series of her best-known pop songs. She’s been writing songs since she was 16. She is now 40 with a history of hits and even an entire album of songs in English. She sang some of those, too. Her dance troupe came and went behind her, exquisitely choreographed and with a physical discipline which suggested that had come from a classical training. If Siti changed costume three times, the dancers did it ten or more and at the end of the show displaying a shimmering blitz of traditional Malay ceremonial attire.

Siti Nurhaliza sings in tones pure and potent, her vocal range effortlessly vast. They call her Asia’s Celine Dion, but one would argue that her timbre has a mellow superiority to that of the Canadian. Some say she sounds like honey; if so, only like the rich power of Manuka. She is a smooth professional at the peak of a sensational career. She is she. No one else.

To some of her songs, cries rang out from the audience “cinta” - beautiful. “Indah” also “beautiful”. And many times “we love you Siti”.

Before the show was over, she had the audience up and dancing, young and old, Malaysians and Aussies as one.

It was a beautiful thing. It was a special and privileged OzAsia experience.

And now, thanks to OzAsia, Siti Nurhaliza has a new fan base in Adelaide. Yes, we love you, too, Siti.