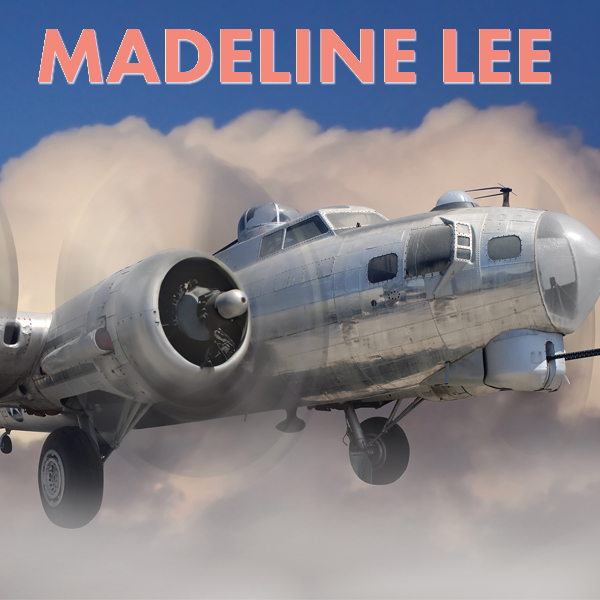 Madeline Lee is the third in the State Opera of SA’s Lost Operas of Oz series. The other two were Boojum! and Christina’s World.

Madeline Lee was composed by John Haddock to a libretto written in collaboration with Michael Campbell. Its première was in 2004 at the Sydney Opera House by the Australian Opera. It has not been restaged since, which is almost unbelievable because it is so very good, and much kudos goes to the State Opera of SA for resurrecting it.

The opera’s plot is inspired by real events: the disappearance without trace over Libya of an American airforce B24 bomber in 1943 while on its first combat mission during World War II, and its subsequent accidental discovery some fifteen years later. Unlike in the opera, none of the crew of the B24 survive. In the opera, one crew member (the Major) survives – under reprehensible circumstances – and he ultimately finds the wreck some years in the future and his suppressed memories and deep feelings of guilt resurface.

The cast comprises eight male roles – predominantly baritones and dramatic tenors – and the harmonies and general tone of the opera are robust and macho. Because of the male vocal compass and the nature of the story line, the arias and ensemble pieces are intense and rarely cheery. In fact the whole thing is an emotional roller coaster which is deeply affecting. It is the sort of opera that must be seen and only hearing it without the visuals would be so much less satisfying.

Candice MacAllister’s set is simple: a vast stage covered in sand with a small amount of skeletal scaffolding that suggests the wreckage of a plane. Her costuming effectively invokes the destitute and hopeless plight of the lost airmen and the energy sapping heat of the dessert sun. Expertly lit by Nigel Levings, the visuals are all that is needed – there is nothing to distract from the unfolding psychological narrative and it works very well.

There is no orchestra in this production. Rather a spectacular reduction for two grand pianos provides a compelling accompaniment consummately performed by Michael Ierace and no less than John Haddock himself. The opera is almost two hours long, so both pianists have to work very hard, as does the conductor Warwick Stengårds. Haddock’s score is dramatic, and the libretto is unaffected yet visceral.

In the main, the vocal lines are not relaxed, with many ‘uncomfortable’ intervals to navigate and frequent intense fortes. It is not easy to listen to at times – there are no real hummable melodies that linger in one’s mind – but it is compelling and frequently has one on the edge of one’s chair, and this is due to the quality of the cast.

The standout performance is by Warwick Fyfe in the role of the Major. His training in Wagnerian technique was frequently called upon as he dominates the aural soundscape with his passion and consummate acting skills. The audience felt his pain and torment. Nicholas Cannon, Pelahm Andrews, Eddie Muliaumaseali’i and Robert Macfarlane played the lost airmen. It was fascinating to observe their disintegration from vital soldiers in dire circumstances to despairing and broken men who longed for but feared their terrible lonely deaths in the unforgiving Libyan dessert. Muliaumaseali’I in particular handled the vocal line with ease and his gentle vibrato and warm tone allowed him to be clearly understood at all times. The cast was capably rounded out by Thomas Millhouse, Joshua Row and Robert England.

State Opera can be justly proud of this production. This reviewer wouldn’t rush out to buy a recording of Madeline Lee but would certainly go and see another live production of it. It is dramatic stuff!