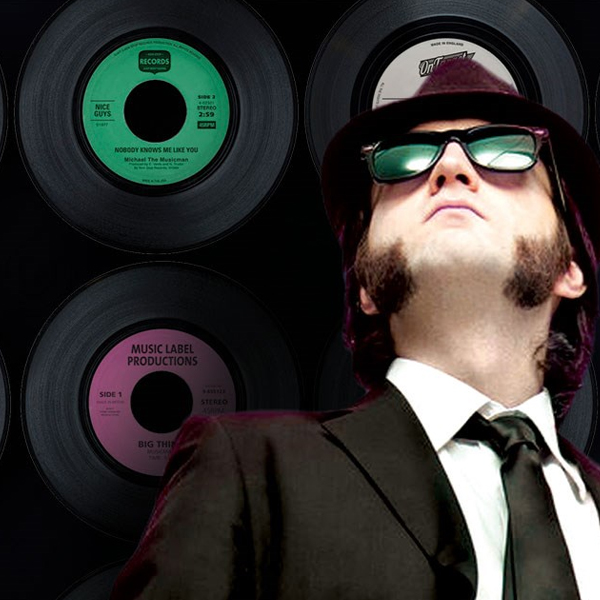 Not a tribute show nor a cover band act playing the Blues Brothers soundtrack. No, this show is something greater than these obvious things.

Liner Notes Live: The Blues Brothers is a journey of reminisce, exploration and excavation of the influence this famous film/soundtrack has had on culture, as much as it has on the lives of five diverse Australian celebrities, ranging from a famed children’s author to a mighty drag queen.

It’s a massive experience. Host Michael Nolan sets the scene and atmosphere with a rousing intro performance singing “hardy, hardy ho!” The eight piece band, a loose and cruising smooth blues beast bubbling with hot energy, serves to reinforce the greatness of the songs, not pummel the audience with them. Nolan gives the overall history of this blues culture masterpiece then the magic begins.

From cowboy hatted Andy Griffiths’ extraordinary riff on the Blues Brothers as it should have been a western thing (a truly awesome take on it, cue paper cups chucked at him from front row,) to Maggie Beer’s quiet, emotive focus on the lesser, but loved voices and songs tucked into the edges of the film, comes a sense of the outer possibilities The Blues Brothers presented as a challenge to musical sensibilities.

Bring on the wonderfully suave, deeply erudite Dave Graney with that gravelly, warm textured voice of his. Graney offers a deep, profound spirited evocation of what the blues is, quoting three texts that leave the audience in no doubt about what the heart of this thing is, the power of soul, that empowered love and rebellion.

Who better to provide life examples of this spirit than the grand comic goddess of music, Julia Zemiro? Her Jailhouse Rock experience packs one hell of a punch, a fired up shining example of how a song stuffed up becomes a perfect expression of the actual spirit behind its creation. A call to arms celebrating the cool ‘stuff you’ attitude the Blues carries. A moment in her life that gave her a freedom she needed.

Freedom, heart and soul get a fiery showing thanks to Kween Kong’s literally hot-as-toast performance (cue support blues babes handing out pieces of toast,) giving full rein to the fierce, hot black blues vibe that really is the divine backbone of the soundtrack.

Omar Musa finishes the night by pulling back the speed of the evening, offering up a most beautiful piece of poetry spinning off the most lonely and heartfelt songs of the soundtrack, that imploring need of “someone to love me.”

This film, these songs were all about a call from God. But it’s much, much more than that. This was an evening like no other, making manifest just how extraordinarily significant and wide reaching its power really is, even today.