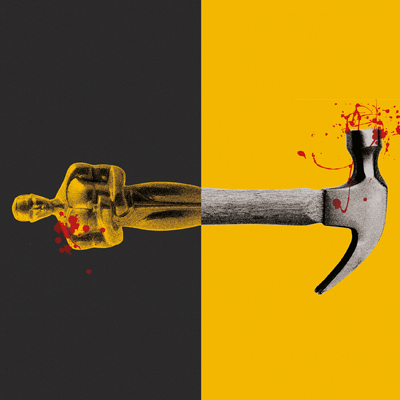 He’s an Oscar-winning American superstar and he’s signed up for a new play bound for London’s West End.

It’s an Irish play. That much he knows. On the eve of rehearsals he is meeting with the director and the playwright for a briefing session. Everyone is nervous, especially Jay, the American star. He is a cyclonic blusterer of arrogance and half-baked lifestyle philosophy. He’s in AA, of course. He’s keen to thrash out hypotheticals with Leigh, the English director. To which end his bellowing tirades of self-congratulatory Hollywood political correctness lead the conversation to cross the boundaries of gender acceptability progressing from the “N" word to R for rape.

And thus does the audience find itself laughing against its better judgement at the outrageous monstrosity of this beast of blinkered Americana.

The English director cringes and twitches, his voice a whiny shrill of defensiveness. He will do anything to appease this star whose name is box office magic.

They are waiting for the playwright to arrive. She’s very late. They discuss feminism in the light of this being a play written by a woman. They both brag that they are avid feminists while uttering monstrous abuses of the #metoo ethic. The result is a hilarity of hypocrisy, so appalling, so outrageously this-is-not funny that it is hysterical.

And so Ulster American moves on. The playwright arrives and reveals that, as an Ulster woman, not only is she not an Irish playwright but she emphatically identifies as British and the heroic role for which Jay has been engaged is not an IRA Catholic battler but a protestant bent on killing those very Fenians. He wants the play changed. He is Irish Catholic, he says. Oh, no, but he has never been to Ireland. The religious and geo-political passions escalate and one wonders that the actors don’t lose their voices, so vehemently do they roar and bellow and rage.

Warnings that the audience may be so shocked at this work that some may walk out were laughable. Adelaide audiences are only shocked by bad theatre. This was not it. This play written by David Ireland was standing ovation, wild, edge-cutting, daring, satirical theatre of the moment. Adelaide devoured with the relish of a ravenous arts animal.

It blessed Scotland’s wonderful Traverse Theatre Company and whooped acclaim at the actors: Darrell D’Silva as the brash American; Robert Jack as the writhing Englishman, Leigh, just a bit reminiscent in comic body language of the great Michael Crawford; and Lucianne McEvoy as the playwright, Ruth, a glorious, complex, dazzling performance.