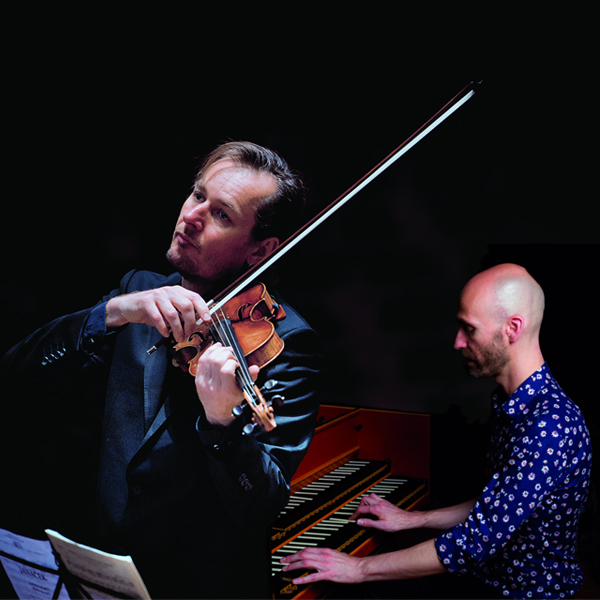 In an appetite-whetting exposé of the development of the violin-piano sonata, Richard Tognetti and Erin Helyard present two sonatas by Beethoven – Violin Sonata in G, Op.30 No.3, and Violin Sonata in A, Op.47 No.9 ‘Kreutzer’ – and Sonata in B-flat, K.454 by Mozart.

In their introductory remarks delivered to a large audience in the warm acoustic of the Adelaide Town Hall, Tognetti and Helyard explain with rakish glints in their eyes that the history of the violin sonata is “…rooted in the mating rituals of the eighteenth-century middle class.” Men of refinement would play the violin while a lady who might be the object of his carnal interest would play the piano. So that she could demonstrate her accomplishments, the piano part would often be more difficult than the violin. The Mozart sonata is of that ilk, while the Beethoven sonatas are progressively leaning towards the two instruments sharing the work load more evenly.

Although knowing this little morceau of music history adds to one’s overall enjoyment of the concert, the exquisite musicianship of Tognetti and Helyard is all that ultimately matters. Together they prove that the whole is greater than the sum of the parts: they feed off each other and somehow eclipse their own individual brilliance. Playing physically close to each other neither strove for dominance over the other. They perfectly understand the musical dialogue inherent in each composition, and even in the Mozart, where the piano is arguably more complex, they find a balance that seemingly disguises this. The key lies in their luminous phrasing and artful dynamic balance. Noting that Helyard is playing a fortepiano, which doesn’t produce the same volume (or overtones) as a modern (pianoforte) piano, it is critical that Tognetti doesn’t overpower the violin to the detriment of the musical balance, and neither he did.

The highlight of the concert is the Kreutzer. It is almost a pot boiler, and late last year was superbly performed by Natsuoko Yoshimoto and Konstantin Shamary at Ukaria. Tonight’s performance by Tognetti and Helyard is something different again. Features of the composition that are important when played on a modern piano become much less significant when played on a fortepiano. It is fascinating.

Helyard is a wonderfully expressive musician, and the joy he experiences at the keyboard is manifestly evident as he smiles at his instrument and at Tognetti. The communication between the two is tangible and intense, and it is uplifting to watch them both as the music unfolds. One almost senses they are discovering the music for the first time, and the audience is along for the ride.

One should not pass up a future opportunity to hear Tognetti and Helyard play together. They are indeed ‘forces of nature’.