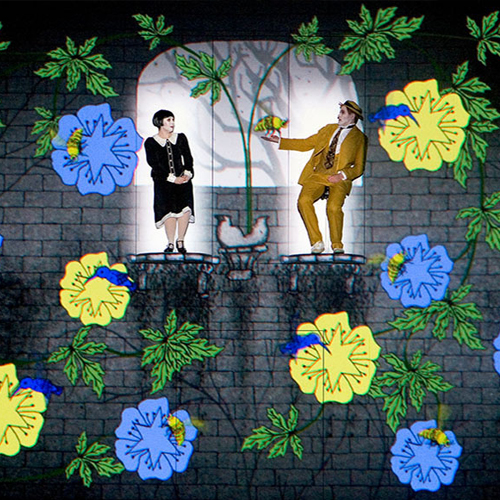 Adelaide Festival directors Neil Armfield and Rachel Healy knew that the festival is bereft without a headliner opera, and they have given us some doozers: Barrie Kosky’s Saul in 2017, Armfield’s own Hamlet last year, and presently Mozart’s The Magic Flute directed by Suzanne Andrade and Barrie Kosky.

Barrie Kosky, currently artistic director at Komische Oper Berlin, is regarded by many as the most creative and inventive opera director today. But for those old enough to party in 1996, he is fondly remembered for his Red Square after-hours entertainment venue in the festival of that year. Who in attendance will ever forget the dueling Caterpillar excavators, or the dancing Mini Morrises - choreographed to classical music and lit like a disco? The wunderkind from Melbourne was only 29 years old at the time and the youngest-ever Adelaide Festival director.

Except for the Adelaide Symphony Orchestra, the entire Magic Flute production - including soloists, chorus and conductor, Jordan de Souza - is imported from the Komische Oper and has already played in 22 countries and wowed half a million people.

Komische is German for comic and The Magic Flute is exemplary of Kosky’s flamboyant and colourful style. New to Adelaide audiences will be his collaboration with Suzanne Andrade. Andrade and Paul Barritt co-founded 1927, a British theatre company leading the world in integrating theatre, music and animation. Whereas opera was brought to animation in Looney Tunes’s What’s Opera, Doc? in 1957, the cartoons are bought to the opera in The Magic Flute. The fairy tale concerns young lovers who must pass tests in order to live happily ever after. Just like today, they must attain wisdom and beauty, or they die.

The entire set is only a couple of metres deep. It is basically a screen for projected animation with a few revolving platforms at various levels resembling statue plinths for the singers. The whole effect is mind blowing. Anything is possible – pink elephants lounging in giant martini glasses, forests of flowers, mechanicals and clocks, anything of whimsy and fantasy can be conjured and disappeared in a blink. It makes one giddy; someone described it like drinking ten cups of coffee. Queen of the Night, Christina Poulitsi, delivers her crystal-clear soprano in the guise of a giant leggy spider. The animation is perfectly timed with arias, singer interaction, the lighting and orchestra. Cute things, like petting a cartoon cat, or threatening things, like thrown knives are conjured. Just when the wow factor is about to wear off, the narrative commands a whole new ravishing scenario.

The animation is charming in that it’s obviously all hand-made and is influenced by silent film. Metropolis machinery, clocks and a Buster Keatonesque Papageno lovingly played by Joan Martin-Royo. Villain Monostatos becomes Nosferatu. All dialogue is transcribed to printed words that sail from the speaker. Notes fly out of instruments.

Mozart and librettist Emanuel Schikaneder would be very happy with this vaudeville romp so well mortised with animation. Double bravo!