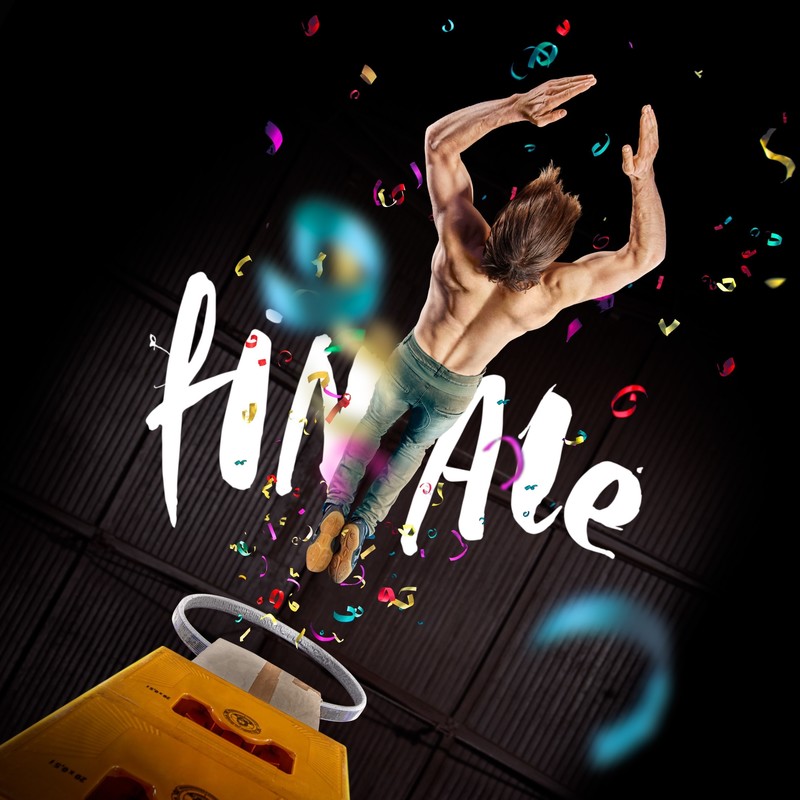 Wow-wee! Hailing from Berlin, Analog’s Fringe show, Finale, epitomises the energy, music and drive of the nightclub scene in their jumping city. After two world wars, a murderous Nazi regime, Allied terror bombing, division by the Communists, a blockade and subsequent reunification - all in less than 80 years – Berlin was ready to party and the party is still going today. If you aren’t going to Berlin this month, this circus show is the epitome of party!

Eight artists bear their souls in gravity-defying acts – ropes, loops, poles, balls, boxes and books all come alive in their hands. There is a sense of grudge and casualness in each member expressing strong individualism but also a unifying camaraderie binds them. Long changes of equipment for the next jaw-dropped display of dexterity and daring-do are forgotten while being entertained by Ena Wild’s imaginative vocals. The whole hour is underscored by drummer Lukas Thielecke’s pounding that mutates between edgy, dance and rock. Indeed, Wild and Thielecke compose leitmotifs with each performer providing perfect synergy of performance and sound. Expert lighting used in shadow play or colour fill is mood-altering. A bit of clowning and team tumbling finishes the show with four lucky audience members on stage in proximity to the proceedings.

A wild hour where one will feel they are right there in the circus that is Berlin on a Saturday night.

Where: Gluttony - The Peacock