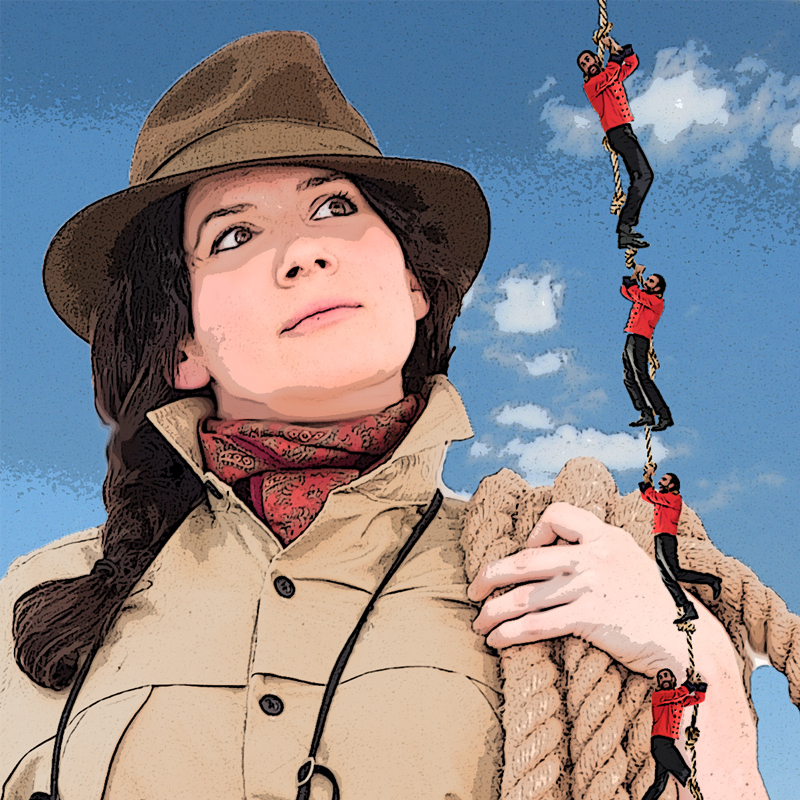 Just for the sheer fun of reimagining classic literature, this Welsh theatre company with an Italian name has transformed Jonathan Swift’s Gulliver into a woman, Elizabeth Gulliver. She’s a journalist. Well, she becomes one rather arduously in trying to publish the tales of her wild adventures in Lilliput and Brobdingnag. She has to lie about her sex and call herself Lemuel, because misogynistic newspaper editors in 18th Century Fleet Street were not about to employ women as journalists.  When she eventually lands a job, her career success is short-lived and she ends up with a sideways promotion in the form of an impossible assignment to report on the talking horses of Houyhnhmns.

Familia de la Noche presents this story via a puppet-mistress with lots of bizarre puppets and props, a wildly perilous and unmanageable set, and two extremely good actors.

It is all decidedly silly and, at times, hair-raising.  There is a narrator, a slightly diffident fellow who has come across Gulliver’s diary and says he wants to know the whole story.

He is portrayed by Keill Smith-Bynoe who goes on to depict a vast cast of assorted characters from a bird to a giant queen to a string of newspaper editors.  Within the Swift spirit of Gulliver’s Travels, the characters are nicely satirical and Smith-Bynoe leaps from accent to accent and voice to voice in a positive showcase of versatility.  The audience adores him.

Guilliver is embodied as a very well-spoken 30-year-old English woman by Becca Cox.  It is an exhausting, strenuous role but Cox does not flag despite being crushed into a cage or her hair flying in fright, and her spirited presence and high energy give the production a delicious zesty zaniness.

It’s lots of good fun with a lovely literary bent.