Two Brunettes And A Gay - God Save The Queens! 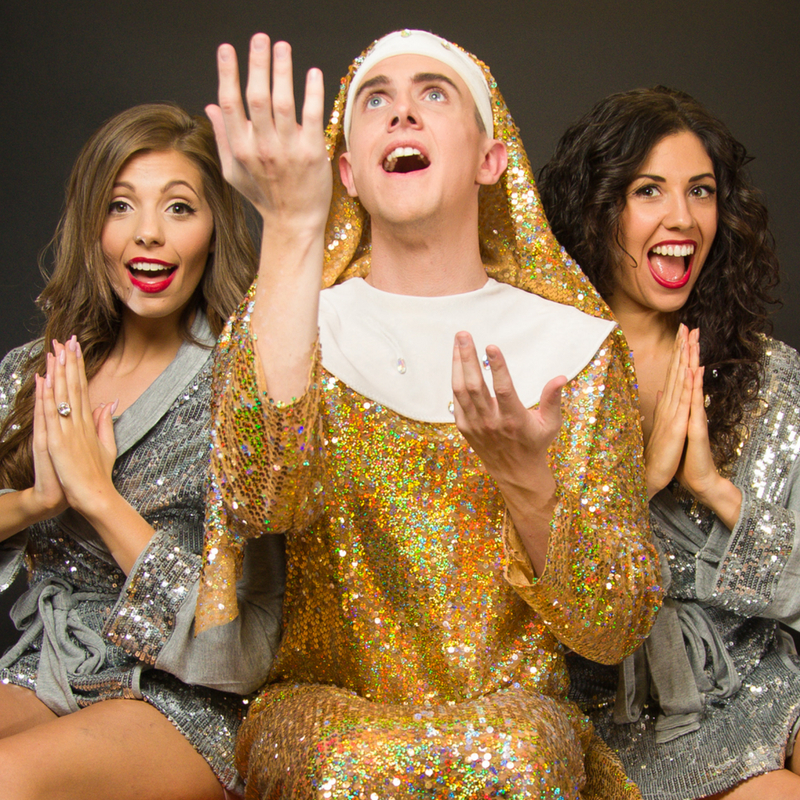 Adelaide Fringe. The Bally at Gluttony.

Two Brunettes and a Gay - God save the Queens! is a high energy homage to the divas that have graced the stage and screen over the last few decades.

Two gals and one guy strut their stuff in bright sassy sequined costumes as they belt out covers of hits made famous by the likes of Madonna, Whitney Houston, Lady Gaga, Arethra Franklin, Tina Turner and more.

The whole act oozes sexuality and the ‘gay guy’ nearly bares all as he grinds his way through Rocky Horror and even gender bends ABBA! The front row of the audience didn’t pay nearly enough for their tickets!

The capacity audience lap it up and enthusiastically join in when encouraged to do so. It’s a good night out but one can’t help think that the impact could be so much greater if the song choices better suited the vocal strengths of the trio.

The highlight of the night is a terrific rendition of Tina Turner’s 1989 hit The Best. It perfectly matches the vocal registers of the performers and made one ponder how much better the show would have been if similar songs were chosen.

This trio have a strong and loyal following, and have performances most days, finishing on Sunday 24 February.

Where: The Bally at Gluttony