The One Day Of The Year 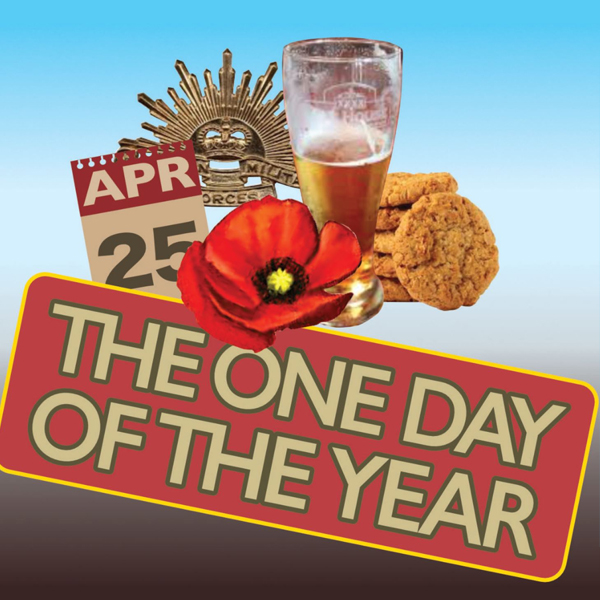 Kerrin White has an eye for anniversaries. He directed Frankenstein for The Rep earlier this year on the 200th anniversary of the novel, and this old chestnut on the 100th anniversary year of the end of World War I. I guess most thought that Alan Seymour's 1958 play about Anzac Day is as stodgy as cold porridge on an August morn or somebody else would have directed a full production in Adelaide on or after 2014 - but White has proved otherwise. This play is an utterly fascinating time capsule of attitudes and norms of the late '50s - not only concerning the meaning of Anzac Day, but also touching on family and working life, class distinction, loyalty and mateship, first love, outgrowing your parents (or thinking you are), and that everlasting theme - the son-father relationship.

The Adelaide Festival of Arts refused to produce the play in 1960, and instead the Adelaide Theatre Guild's amateur production was the world premiere in the same year. The director received a death threat, and during a subsequent Sydney production, Seymour's life was threatened. Why, you ask?

It's hard to believe in these days of the post-Howard Government-inspired boost for Anzac Day - when attendances at the dawn ceremonies are swelled by young people, and Gallipoli is regarded as a holy place - that when Seymour wrote his play, many thought Anzac Day was a disgrace and hoped it would disappear with the diggers. The play was inspired by a Sydney uni student paper calling for the end of Anzac Day in 1958. To actually express the issue through a conflict drama where a family might split up over the issue was additional sacrilege. And more than ten years later, in 1971, Eric Bogle had his returned digger say in the song, And The Band Played Waltzing Matilda, "...the young people ask me, ‘What are they marching for?’ // And I ask myself the same question."

All the foregoing tells you one really loves this play and you shouldn't miss this opportunity to see it on stage. Kerrin White’s set design is a simple, functional and elegant representation of a tiny 1950s worker's flat. John Rosen as the father, Alf Cook, opens with a nationalistic spray against the Italians and Pomes (the evil immigrants of the day), but doesn't add much to the text with his tonally monotonous delivery - speed is no substitute for expression or spontaneity. Christopher Leech is a gem as a genuine digger - and household mate. His Wacka Dawson's reluctance and later inability to articulate his Gallipoli experience is emotionally wrenching. He is great in my favourite scene with Julie Quick, playing Alf's wife. Quick won awards from the Adelaide Critics Circle and the Adelaide Theatre Guide for her Martha in Who's Afraid of Virginia Woolf? in 2015, and provides another formidable performance here. Bravo! This leaves the antagonists comprising Alf's son, who's getting new ideas at uni, and his North Shore young love, whom he conspires with on an anti-Anzac Day article for the uni paper. Respectively, Jai Pearce's teenage sullenness and Ashley Penny's upper class air cut through admirably.