Tales of a City by The Sea 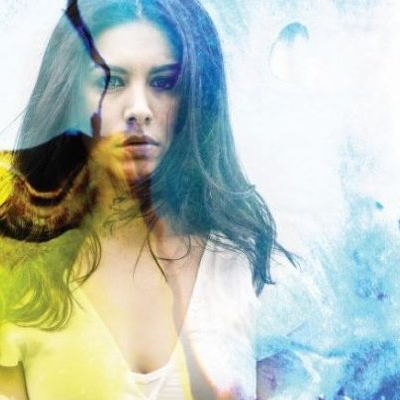 Where there is a wall, there is also a city its inhabitants call home in the sacred and emotional way expected of communities deeply attached to their history and culture; especially those coping with just over half a century of war in all its guises and forms, greater or lesser, challenging their right to exist.

Samah Sabawi’s Tales of a City by The Sea is poetically beautiful, discerning and honest in its examination of life in Gaza.

No angry, politicised, locked in sensationalism to be found here, despite what has been said of this work during 2016. Sabawi’s play is an astutely balanced, modern appraisal of what it means to live as a Palestinian under siege.

In Jomana (Helena Sawires), an at once deeply poetic and idealistic character and hard realist, Sabawi offers up the many conflicting issues facing those behind the wall. Sawire’s performance is one of carefully exposed layers of thinking, feeling, strength, and vulnerability upon which the production is grounded, brilliantly supported by an ensemble of characters who vibrate with a shared intensity and considered passion of great power.

Jomana rails against young privileged members of her community who treat activism against the occupation as if it was something trendy and bemoans the closed minds of older generations incapable of seeing past their own justified fears and prejudices. Her poetic utterances, intertwined with Aseel Tayah’s soul gripping song, gently shower the 2008/09 events Sabawi’s play concerns, with the patina of a loved, yet hard, history in a state of constantly being reconciled to; one of violent change.

In the midst of this Jomana is greatly challenged by her love for American-Arabian Doctor Rami, (Osamah Sami) as he is challenged by his love for her and commitment to giving his skills to save lives there. How this conflict between two cultures and hearts, which differ yet share a true love for humanity, is the challenge thrown up to audiences to consider.

The profound grace of this production lies in the honest and forthright manner of Sabawi’s writing. She articulates the seemingly unwinnable battle of minds between hard line political and social stands preventing peace, without a trace of dogmatism. Added to that is Lara Week’s very simple and beautifully utilised set of white sheets hanging on wire in a series, which the cast simply slide back and forth to reshape each scene, alongside Shane Grant’s simple, polished lighting design and Khaled Sabsabi’s superbly crafted realist sound design.