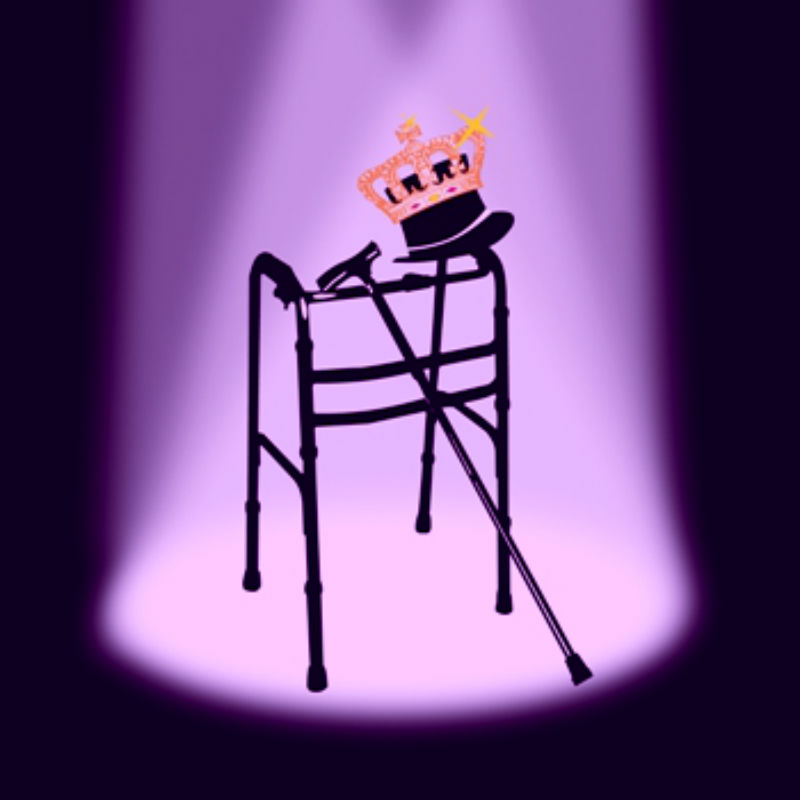 Every year they sing that they're just fading away.

This year, two of their number broke out of the old theme song's chorus line, whipped up the tempo and kicked up their heels proving the refrain of the previous song, "We're just old on the outside".

The old Footlighters AKA The Royal Adelaide University Old Footlighters have become quite the Adelaide cult in reviving the lost art of revue. Their student heyday was in the 60s. Now they are in their 70s.

Despite this year's title, they show no sign of slowing the pace of song, dance and satire despite the show's 2016 subtitle, "The 6th and almost probably definitely the very, very last show ever in this current series". Clearly this heralds a new series since, without these grey grads, there would be no undergraduate humour in town.

And, let's face it, they pack out the theatre.

This year there are some new faces and new script writers.  Arwed Turon, Robyn Layton, and Kay Rollison are among them, with Michael Muecke and Tish Brown chipping in. Margie Butcher is there, too, fleetingly, and oddly, legendary Footlighter Wayne Anthoney makes an appearance on film only. And there are the stalwarts, better than ever: Bob Lott - producer, director, bassist, and star; Andy Ligertwood, more dashing than ever; Kitty Peake ever peaking; Mark Coleman, medicine to any skit; Margie Hill with a spring in her step; and Michael Johnston, ever the tonic.

It remains lamentable that the young have not sustained or revived the art of uni revue.

But, Adelaide's uni olds are defiant undergrads at heart and they have become an annual arts phenomenon. They are the last word in chic retro.

And so they poke and prod at the country's array of silly politicians. They mock the system of knights and dames. They spend their kids' inheritances, rock up as jockeys, do over the Antiques Road Show and are generally fun and silly, hit and miss, song and dance, and rockin' good spirit.

They create an hilarious karaoke with the audience singing along as they ping and blow on bottles for musical accompaniment and, of course, with Rob Morrison magnificent on trumpet, Lott powering away on double bass and Damien West and Gerard Spalding among youthful add-ons, the old Uni Jazz Band soars again.

The pith is polite. There are too many lawyers and judges up there to push the envelope. But it is pertinent - or utterly irrelevant. It is also snappy with a backstage crew just as seasoned as the performers on stage.

If you can get a ticket, you should. This show is in the Fringe icon department.

They're far from fading. They are on their sixth wind and they are not even puffing.