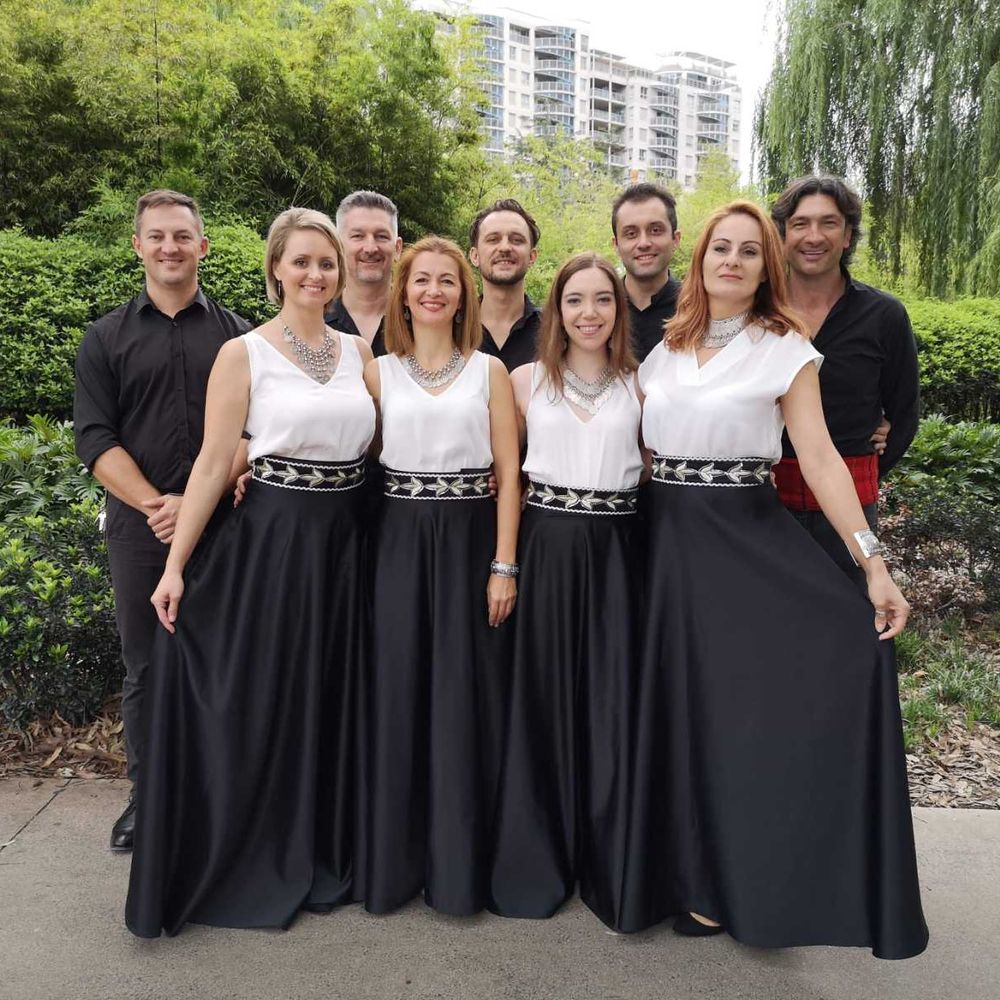 Out of these difficult few years of negative, comes a resounding positive.

It is the Balkan Ethno Orchestra which is coming to Adelaide as a highlight of WOMADelaide 2022.

This 10-plus ensemble of authentic Balkan musical exponents is, indirectly, the very beautiful product of Australia’s immigration history.

It is made up not only of musicians born within the Balkan countries but of musicians born of parents who had immigrated from the Balkans to Australia. And, these Balkan-Australians represent all walks of life - from a speech pathologist and a nurse to a project manager and a carpenter.

They also represent all sorts of musical backgrounds, from rock to jazz. They play all manner of instruments. Some sing in choirs. Some of them are old friends from childhood. Some are married couples. Together, they form a tight-knit and specialist musical community - and the essence of the spirit of WOMADelaide.

Anja Curcic is a singer with the group and speaks for them about their formation and their imminent visit.

Anja is Australian-born, daughter of a Serbian mother and Bosnian father.

“I’ve been singing since I was a wee little bub,” she laughs.

She really found her heart in Balkan music when she was doing some online research “discovering my family roots”. In so doing, she discovered their music and has been delving into it ever since.

The other members of the Balkan Ethno Orchestra represent all strands of the Balkan countries - Serbia, Bosnia, Bulgaria, Macedonia and, together, they are bringing ancient traditional music forwards so that, without losing its integrity, it opens up for a new world and new generations.

Since forming in 2019 and throughout the ensuing pandemic years, the orchestra has maintained a discipline of regular rehearsal.

“We usually hire a rehearsal space,” says Anja. “We have tried meeting at someone’s home but what with food and drink, when we get together like that, it can turn into a party.”

“But we do have a social life together. We are all friends, some from childhood. So we do socialise together.  It adds to the chemistry of the music.”

The music is a serious business and, says Anja, the BEO musicians are working ferociously to be ready for WOMADelaide.

It is their first WOMAD experience but they have had some impressive exposure at Australian multicultural events including back-to-back performances over three days at the National Multicultural Festival in Canberra, the Serbian Festival Sydney, and also performing with world music legend, Amira Medunjanin on her tour down under.

“We are very excited. I don’t think it has really hit us yet.”

The BEO has a vision. It is the preservation of old Balkan songs.

“So they are not forgotten,” says Anja.

She explains that their vulnerability lies in the fact that traditional ethnic music has been passed on from generation to generation orally.

At the same time that the BEO preserves the songs, they also may make them their own,

“We can add contemporary genres and instruments to introduce this ancient music to a broader audience of all ages,” says Anja.

“We have in our group musicians of disco, country and rock and heavy metal backgrounds.”

Thus blending in to the timeless spirit of Balkan tradition music, some of it melancholy, much of it foot-tappingly ebullient, the orchestra has quickly gained traction on the Australian musical landscape and last year it released its first EP.

“It is called Zora which means ‘the dawn’ - and isn’t that apt for us,” declares Anja.

One can have a taste of their wonderful sounds here: YouTube