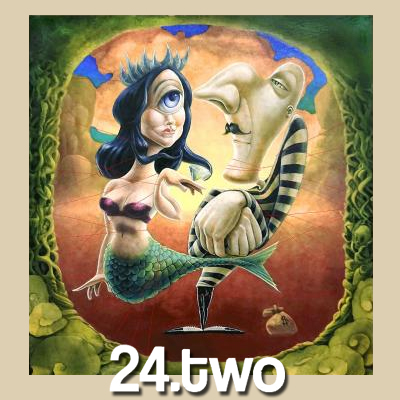 As if we don’t get thrills enough from the vitality of Adelaide theatre life, we’re now faced with what director Adrian Barnes describes as “theatre on steroids."

It comes in the form of a mini festival called 24.two which is the sequel to 24.one and is so supremely challenging and surprising that it has bounced right out of the city and into the sprawling neo-metropolis of Mount Barker.

It’s an intensive gathering of theatre people, a beehive of creativity in which all the arts and skills of the stage are carefully collected and then thrown wildly into the air in unbridled imaginative spontaneity.

The theatre people, writers, directors, and performers get just 24 hours to create a whole new piece of theatre. Six times.

That sounds confusing. It isn’t really. But it is wildly dangerous.

One of six directors involved in 24.two, Adrian Barnes, explains it thus:

"Friday night six directors will take to the stage. They will draw names of the writers from a hat. The title of the show to be written will be chosen at random from bits of paper stuck around the set and, similarly, the director will select about three of these to find out who the cast will be. Then the fun begins.”

As the Tasmanian originators of this demanding little festival have said, the whole idea is to create an event in which theatre people not only talk but “panic together”, and seek “to find an answer to the ultimate theatrical quandary, ‘can it be done?’”

So it comes to pass that the chosen writers have until 6.30 am the next morning to write a short play based on the title randomly selected on Friday night.

7am: Cast, director and crew get copies of the script and get to work.

"It is a whirlwind of a rehearsal process, blocking, rehearsing, costuming, finding appropriate music; then watching the collaborative creation of a group of strangers come to life”, says Barnes.

"I was fortunate enough to do this last year and am about to experience again the thrills and spills of the Play24 project.

"As a creative artist, it is one of the most exciting events of the year (and by far the scariest). You just never know what you will be working on, who you will be working with and how much fun you can have in 24 hours with your clothes on! It's better than drugs!"

Audiences are invited to be present at the assignment process as well as for the performance.

There will be six little plays, about 20 minutes each.

And it’s a pretty distinguished assortment of talent. It might be a game, but it is a very serious high-improvisational-art game through which some gems of theatre work will emerge. It may also be very funny.

Among those directing along with Barnes are Lisa Waite, Craig McArdle, Joh Hartog, Tony Knight, and Jo O’Callaghan.

Six teams with six plays in 24 hours presented by Play.Every.Day.