Story: What’s in the Club? The GC Adelaide Fringe Preview 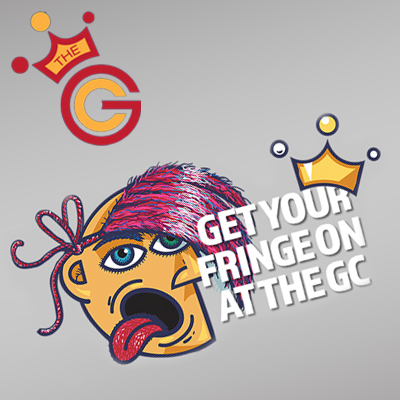 The guided media tour around The German Club’s performance spaces - still being set up with seats, tech and rigging -by GC Co-Director Colin Koch AM, serves a significant purpose.

With sparse, focused intent Koch offers a succinct rundown of each room’s role, capacity and theme as part of The German Club for its iteration as a Fringe performance venue.

A strong sense of the German community this club represents is established alongside the genres of each room. By the time the media tour party arrive back in the club Bistro, it is also apparent how incredibly easy the building is to navigate, with bars and restaurant perfectly placed to sustain a vibrant, flowing social energy within.

Koch, a Member of the Order of Australia and seasoned contributor to the arts industry nationally and internationally, muses on the The GC’s role in terms of programming since its inception in 2016.

Koch tells us it is about reconnecting an older audience; those not feeling in sync with the ‘pop up venue culture’; those not up for the long and winding venue queues.

The answer is its music program, abetted by cabaret. Most particularly the In Concert series The GC inaugurated in 2016.

Koch and Co-Director Alan Rosewarne partnered with Rob Pippan’s RRP event company in 2016 to curate In Concert 1 series. In Concert 3 series will follow on from the clear success of the first two years.

Pippan and Koch are old school rock and roll/blues musos with a deep love of what is best in Australian and South Australian music. Pippan is proudly evangelistic as he outlines the third concert series, which is to be expected from a 40 year music industry veteran who’s worked with the who’s who of the game, including the band he founded, Zep Boys, the late Doc Neeson of The Angels, Joe Camelleri of The Black Sorrows, Russell Morris and most especially pertinent to today’s event, Glenn Shorrock of Little River Band, who is the In Concert Series 3 headline act.

It’s a program very much about respect for the history of these bands’ role in Australian music culture, especially given Shorrock is about to write his memoir.

Local bands get a go too, with The Flaming Sambucas offering The ABBA Gold Show and Goodbye Yellow Brick Road - A Tribute to the Songs of Elton John, Rumours offer The Fleetwood Mac Show while Andy Seymour’s Buddy Diamond 1960 – A Night at The Stardust is his new show.