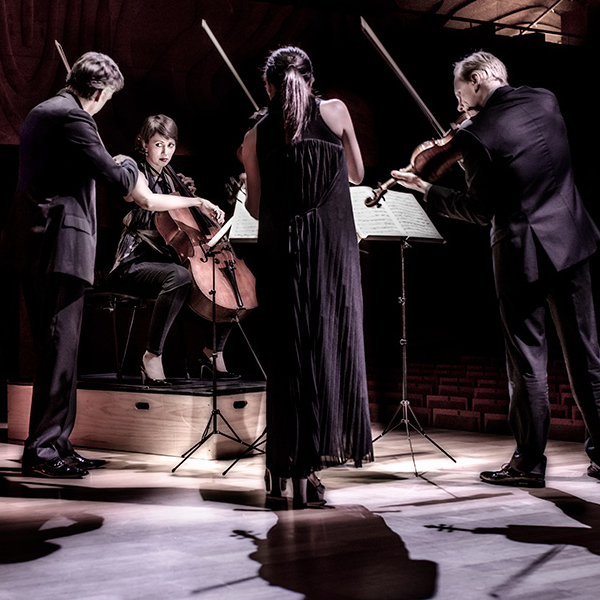 For live classical music, programming is vital. Get it wrong and even the ‘die hards’ won’t turn up. Get it right, and you live to play another day with confidence.

With their third and final national tour for 2017 – styled ‘New Beginnings’ – the Australian String Quartet got everything right: the programme, the playing, and the performance aesthetics.

The highlight of the evening was Bartók’s String Quartet no 1 op 7. I always find Bartók’s music a challenge and I need to turn a ‘different ear’ to his music. Its dissonances, rarefied harmonies, odd interval leaps and spiky rhythms always challenge me – it’s the way my brain is wired – but on this occasion the ASQ’s performance transported me to a new level of appreciation. The clarity in the fugal section together with the delicately held notes in the counterpoint of the first movement from all members of the ensemble won me over, and, like the rest of the audience, my applause at its conclusion was heartfelt and as passionate as the red light that bathed the stage and walls of the Town Hall.

The concert began with a rarity – a performance of Scarlatti’s Sonata à Quattro no 4 in D minor, which is likely one of the very first string quartets ever written. The ASQ expertly applied their matched Guadagnini instruments (all dating from 1740s to 1780s) to the five short movements and produced a tightly controlled but poignant baroque exposition that was as soothing as the blue hues that lit the stage and the players.

Beethoven’s ever-popular String Quartet in F op 59 no 1 – one of the so-called “Razumovsky” quartets, after one of Beethoven’s strongest supporters – rounded out the concert. The ensemble handled the composition’s dynamic layering and emotional shifts with assuredness but they did not hold back. Clarity was a hallmark of the performance.

The ASQ’s 2018 season includes a wide mix of styles and compositions by Philip Glass, Brett Dean, Widmann, Beethoven, Schubert, Ledger and Shostakovich, and kicks off in Februrary.