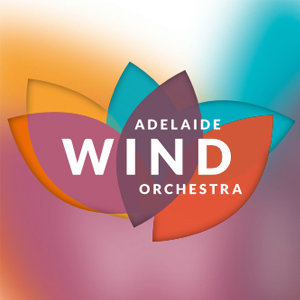 Peter Handsworth has sadly taken his final bow as Artistic Director and Conductor of the superlative Adelaide Wind Orchestra. In his after-concert farewell speech to Handsworth, trumpeter Timothy Frahn noted that Handsworth was taking up a post at the University of Queensland in the new year and that under his direction the AWO had demonstrated unambiguous ‘proof of concept’, had played exceptional repertoire, and regularly received international recognition.

The repertoire and musicianship paraded in this evening’s program will only contribute to the AWO’s standing as a musical force to be reckoned with.

Resphigi’s four movement Pines of Rome lent its name to the programme and was played with much emotion. Originally written for orchestra, the transcription for wind orchestra works particularly well for the two middle movements, with especially beautiful languid solo clarinet lines. The opening movement depicts the vibrant and eclectic Villa Borghese park, but was perhaps overpowered and lacked synchronous phrasing in the early bars. The exceptional arrangement only missed the violins at this point.

David John Lang, a member of the AWO’s trumpet section, is also a composer of some note and he conducted the AWO in a performance of his own composition Over the Hills and Far Away. It is complex, almost mathematical in structure. It comprises a set of interrelated sections that irritatingly toy with your musical memory as a recognisable tune seems to emerge and then abruptly dies away and is replaced by something else that in turn also sounds reminiscent. Its very title is frustrating and turns your mind to versions of the traditional folk tune of the same name. (My mind even ventured into trying to recall the opening solo rhythm guitar work in Led Zeppelin’s song!) The polyrhythmic structures and varied use of individual instruments to drive the piece onwards, and the difficult double/triple almost flutter tonguing on the oboe were particular points of interest.

The highlight of the evening was a feisty performance of Dutch composer/arrangerJohan de Meij’s Symphony No.1 The Lord of the Rings. This is a landmark composition and in many ways defines what the modern wind orchestra is truly capable of. Although it draws its inspiration from JRR Tolkien’s novel, it is not overtly programmatic and being familiar with Middle Earth and wizards and Hobbits and exotic elvish landscapes is unnecessary, thankfully, for it is pure music and speaks for itself.

The concert began with the de Meij and the grand fanfare with which it commences was the herald for a stunning musical journey. The Gandalf movement was mystical, and the Lothlórien was mysterious with the unknown looming at every breath. The soprano saxophone in the third movement artfully imitated the small, beguiling and slimy creature that is Gollum. The momentum for the Journey in the Dark fourth movement was supplied by the ominous beat of the percussion, and the final Hobbits fifth movement simply drew a wide smile to your face with its cheery walking bass line and the in-your-face anticlimax that gives way to a gently fade-out. I had not heard this piece before and as I listened to it my mind turned at times towards what a fully symphonic orchestration might sound like. But I don’t think I’ll bother searching one out – the original is just splendid.

This was another superb concert by the Adelaide Wind Orchestra – a delight in programming.

Congratulations, thank you and goodbye to maestro Peter Handsworth, and welcome to Dave Polain who will succeed him in 2016. An exciting and innovative series awaits, which kicks off in the Fringe with a concert of the film music of the inimitable John Williams. One not to miss, but more on that in a future review!

When: 12 Dec
Where: Concordia College Chapel