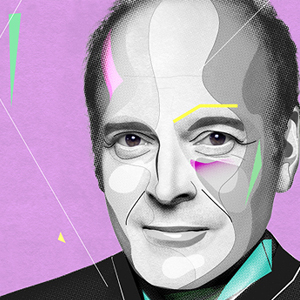 French-Canadian pianist Louis Lortie and guest conductor Maestro Yan Pascal Tortelier demonstrated a rare sympatico to produce a richly textured and thrilling performance of Schumann’s Piano Concerto in A minor. Dressed in very smart and distinctive formal wear, Lortie assumed the stage with great anticipation and from the moment he leaned into the decisive opening chords, it was clear that his reading was going to be special; and it was. Lortie carefully applied considerable forearm weight when it was needed in the first and second movements rather than striking the keys to produce a percussive effect. The beginnings of his phrases were beautifully controlled and exquisitely in time with the orchestra. He and Tortelier frequently looked at and into each other. Their communication was intense and meaningful. Although Lortie was enthusiastically applauded by the audience at the end, much credit was also due to Tortelier.

If we were ever hesitant to extol Tortelier’s talent, his reading of Sibelius’ Symphony No.1 in E minor put all doubts to the sword. The Adelaide Symphony Orchestra has an affinity for Sibelius, having recorded all his symphonies in 2010 and presented a Sibelius festival back in 2007, both under Arvo Volmer. Tortelier capitalised on the deep understanding the ASO has for Sibelius but he also made it sound fresh. He allowed the rich melodies to soar – sometimes almost with overwhelming force – but did not allow them individually to assume more importance than they should. They each had their moment in the Finnish sun, but there was no room for rapaciousness!  The composition is grand in its conception and each section of the orchestra gets a work-out, but none more so than the strings. It was a pure delight to watch the principals at work, and guest concertmaster Elizabeth Layton and associate Cameron Hill combined in another superb partnership to ensure the intense and almost unbridled emotion was abundantly evident, but kept in check. Not even a broken string on Ewen Bramble’s cello could put a dent in the proceedings; congratulations to Sarah Denbigh for swapping cellos with him and for somehow managing the remainder of the performance with a hurt-but-not-out instrument!

The programme began with a spirited performance of the Overture to Beatrice et Benedict by Berlioz, and the evening gently faded to a satisfying conclusion with the thought provoking and almost anti-climactical final bars of the Sibelius.