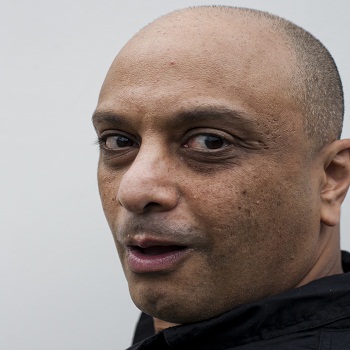 This was my first ever experience of a live Akmal show, and it won’t be my last.  This guy is stand-up magic and the laughs don’t let up from the time that he walks on stage to the time he leaves.

The planned narrative is underpinned by a close connection to the audience, and he spends the first twenty minutes talking to members of the front row, getting to know them, and then unapologetically but cleverly connecting them at every available opportunity into each of his gags.  He has a genius for extracting from the audience exactly what will be comedy gold.

Very occasionally his interaction with the audience caused him to lose his train of thought, but he used this as an opportunity to gouge an extra laugh as well.  Several audience members tried to interject with a smart remark but his comebacks were razor sharp, oh-so-funny and as fast as greased lightning.

Akmal showed that he is quite up to speed with what’s happening in the world and cleverly included reference to hot topics like geo-politics into his gags.  As luck had it, one of the audience members he quizzed earlier was from Afghanistan, and you could almost see him licking his lips with anticipation at what such a happy coincidence would offer, and he didn’t disappoint us.

When: 2 Mar to 18 Mar
Where: Royalty Theatre
Bookings: www.adelaidefringe.com.au