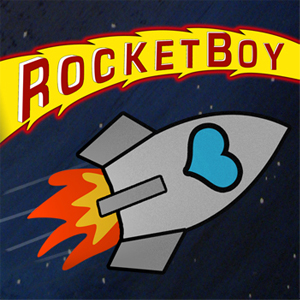 This debut play by Macquarie University student Kendall Feaver is damn good fun and worth catching.  It is essentially a tale about two ten year olds, Jessica and Lieutenant (!) who become accidental friends in the midst of the disintegration of their families.  On the surface Jessica needs the relationship more than Lieutenant who is a decidedly ‘odd’ lad.  He thinks he’s an astronaut about to set off for the Jovian moon Europa!  She looks beyond this quirky trait and the action of the play explores her cultivating him to become her boyfriend.  She is aided and abetted by her girlfriend Ivy who is well versed in the affairs of the heart from her extensive reading of Dolly magazines.  However, the family disintegrations become complete and the play concludes with Jessica and Lieutenant also needing to separate.

The play is very funny but very touching at the same time.  The childish antics of Jessica and Lieutenant are linked by a Narrator who is splendidly played by the always-sitting Andrew Jackson.  Curiously he is reminiscent of the Criminologist in The Rocky Horror Picture Show and the dialogue that Fever gives him is just delicious – a mix of erudition and thoughtful idiocy!  Lauren Farquhar plays Ivy and gives her a sustained fresh-faced know-nothing look and feel that is just right! Julian Webster plays the maladjusted Lieutenant in a style that resembles him having Asperger's syndrome.  It works a treat, and I wonder whether the play might take on a different dimension if this were explored in a revision, not that it needs that I hasten to add.  Just a thought!  Kaitlyn Mahoney plays Jessica beautifully and gives her youthful sincerity in the first flush of romance. Good stuff!

This is a cool piece of theatre.  It is definitely worth a visit to the Bakehouse to see a credible production of the first play of an emerging playwright.  I hope we hear more of Kendall Feaver in the future.