Mother, Wife, and the Complicated Life 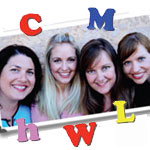 There is a beautiful truth about this production. It is a raw look at relationships, parenthood, love and family and the audience hangs on every word. It's funny, poignant, sad and endearing and the emotions change smoothly from one to the next.
Real life is often funny, comedians pray on the obscure truths in everyday things to reveal the humor. Writer Amity Dry has succeeded in creating these characters with a truth that transcends the comedy. Each of the women is outstanding. Surprisingly they are often individually better than when in ensemble, until some very popular numbers in the second act including “Come to Bed”.
The show took a little while to warm up, and some potentially moving songs came a little too early, before a real relationship between the audience and the characters had been established. There were a few nerves evident in the opening scenes but this quickly wore off.
Rachel McCall is Jessie. Recently engaged she has the world at her feet, nothing is too hard and she sees everything through rose coloured glasses - including her newly purchased 1959 railway track side fixer upper home.
Amity Dry plays Kate, an expectant mother who never imagined herself having a baby. Kate falls pregnant at a time in her life when career and travel featured strongly in her plan. Her journey includes her struggle with a fear of failure as a parent, through to the birth and the discovery of a mother’s love for her new born child.
Nikki Aitken is Bec. Mother of three Bec, has a dry wit and provides most of the comedy by recounting the painful side of raising a family. Aitken plays Bec with love and compassion but is never short of a quip or remark to remind everyone it's just not like in the movies.
Susan Ferguson rounds out the cast of four, playing Lily. The quiet one in the group Lily is always there for her friends, supportive and caring. Ferguson beautifully laments when she reveals that her relationship is not what it used to be, her fears that the love has gone and it’s all about to end.
The four women all have lovely voices and sang beautifully. Interestingly their voices are all quite similar, and it might have been nice to hear some more contrast here. What is really evident in this production is the support these four characters have for each other. Dry states in her writer’s notes that she wanted to demonstrate this bond between girlfriends and this has been successfully executed.
Some microphone issues on opening night were annoying but not too distracting. The band levels under musical direction of Mark Simeon Ferguson were always perfect and the sound balance was well executed by Martin Gilbert. The show utilizes a simple and functional set designed by director David Lampard, though it is annoying to see it moved by the players in full light. A stage hand would have been neater and maintained better continuity for the characters.
As a male audience member I had many connections with this show. One suspects that the women had even more, potentially reconsidering rushing into a family of their own!
Overall this is a lovely production. If houses are anything like opening night you had better book now or there won't be a seat left. This endearing production is definitely worth a look.
Paul Rodda