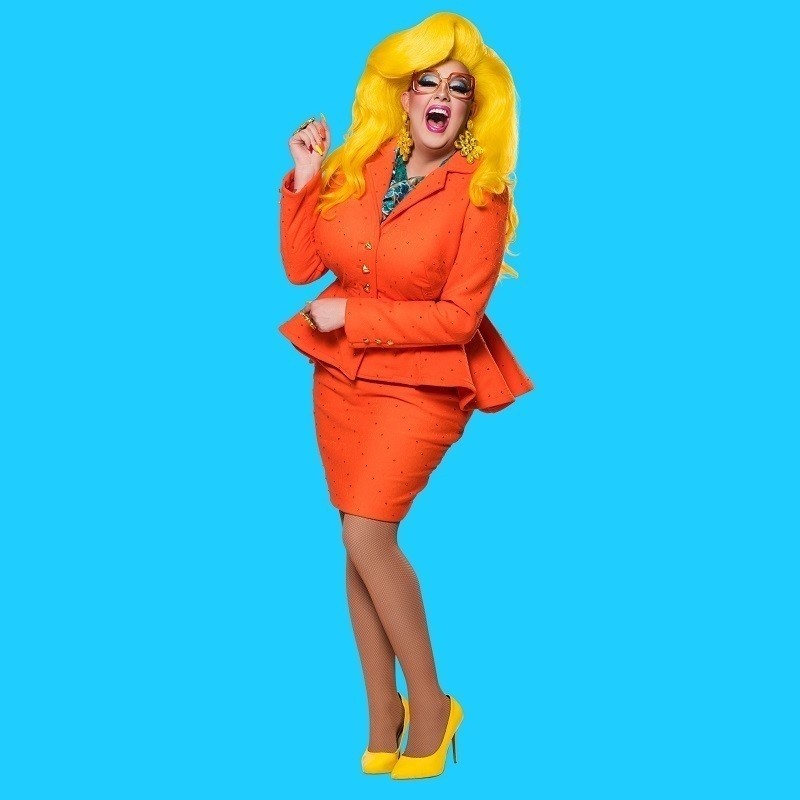 ‘Out of Office’ is Karen from Finance’s award-winning one-woman debut show, and it is voluptuous!

Karen from Finance, aka Richard Chadwick –but only when not out-and-about strutting her stuff and ruffling feathers in the dizzying world of high finance – is a Melbourne-based drag queen who rose to national prominence when she made it to the final four of the inaugural RuPaul's Drag Race Down Under. Of course, Karen was a force of nature before that, especially in the corporate world, but now she’s a household name! And…the engaging video footage shown during her performance demonstrates just how well-known and popular she is: there’s not one sleezy bar or back alley or shop front that she doesn’t know. She has downed lines of shots (and other substances) in all of ‘em! Even though she’s a glamorous icon who wears the best labels and whose make-up is impeccable, that doesn’t stop her from getting ‘down and dirty’ and beating you around the head with her designer handbag if you get in her way or try to muscle her out of her limelight!

‘Out of Office’ is a well put together drag show that instantly puts a wide smile on your face. There is a clear storyline, and Karen struts her stuff and confidently works the crowd with fluent and clever patter and antics. To help the narrative along, she belts out songs from the divas with lip sync perfection and struts choreography that goes beyond mere death-drops and other gymnastic jerks. She’s intelligent about it and ‘word paints’ almost every phrase with hilarious gesture and movement that leaves the audience in stitches. It’s clever, funny, tastefully titillating, and never relies on gratuitous smut for its laughs.

It's a shame that Karen from Finance’s season is so short, and that her shows are in the matinée timeslot, but the logistics of this Fringe have been a real drag to manage!

Karen, next time your ‘out of office’ message is on, please come back to Adelaide so that many more can enjoy your werk!