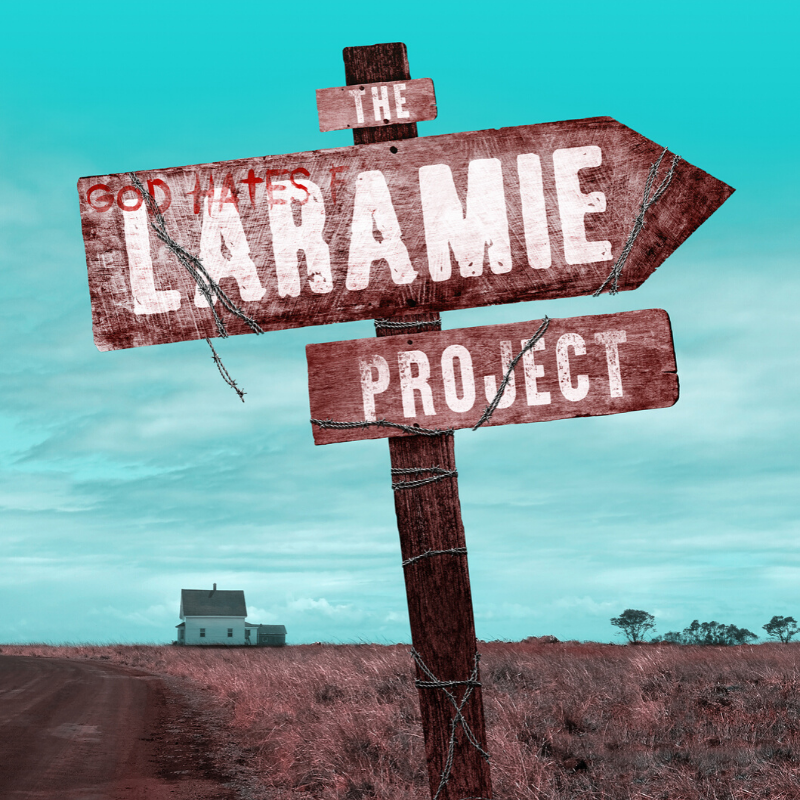 Such a dense and emotionally gripping piece of theatre leaves one almost drained of superlatives.

Red Phoenix’s production of the unique documentary play about the monstrous 1998 gay-hate killing of young Matthew Shepard in Laramie, Wyoming, is so powerful and immediate that, at its denouement and, indeed, intermittently throughout, audience members are streaming tears.

How can a play that is so sad and disturbing also be uplifting and enriching?

Ah, there’s the artistry of the theatre.  There is the very “why” of theatre.

Within that black box at Holden Street, we were transported.  There was no world other than the actors under lights and, through the consummate skill of director Brant Eustice, the piercing and poignant exposition of a town reliving the shock and shame and, in some cases ferocious ambivalence, of an act of unspeakable cruelty by some of their own.

The play, The Laramie Project, was devised by America’s Tektonic Theatre Company whose members went in person to Laramie to record one-by-one the reactions of the citizenry to what had happened in their midst. It is a brilliant dramatic construction wrought of human verite, of very conservative country folk juggling their own disapproval of homosexuality against their horror of others’ hatred for it. It reveals the quietly covert world of sexual diversity in such environments. It scrapes at the underbelly of Christian values and yet manages to bring human beauty out of gut-wrenching tragedy.

It requires a huge cast. There are about sixty voices represented from ye olde plain folk on the land to barflies and pastors, from academics to waitresses, family, friends, police, and doctors.

And yet, for the audience immersed in this brave piece of Red Phoenix dramatic expertise, time stands still. There is no other reality.

And thus one salutes Eustice, his assistant director, Tracey Walker, and the ten actors on stage.

They have elicited a copybook piece of ensemble acting. It is a production of sheer eloquence and sophistication, albeit executed on an oily rag of a budget.  Kate Prescott’s set is just a series of cleverly positioned black platform boxes and a striking log fence.

The actors wear white t-shirts, jeans, and boots but, for each character they embody, they take a token garment from a clothes rack and, in the age-old tradition of the theatre, they slip into a different persona. These are the exercises and subsequent achievements of drama training and stage experience. And the cast is accomplished.

It works on delivering American accents and cultural nuances, some actors impeccably, others well, none badly.

From this superb work, one takes away indelible images: the totality of Matt Houston’s Wyoming-rustic with simply a facial expression and a ten-gallon hat;  the transformation of Samuel Creighton as he dons a priest’s collar; the croaky cigarette-voiced credibility of Sharon Malujlo’s old mum; the vocal authority if Tom Tassone’s judge; the easy likeability of Chris Gun’s teatowel-twisting bartender; the collective chaos of the voracious American media; the incredible gentleness of Amazing Grace; and the sweet poignancy of the dying boy’s “friends”. There are so many memorable moments in such a big and finely-honed show.