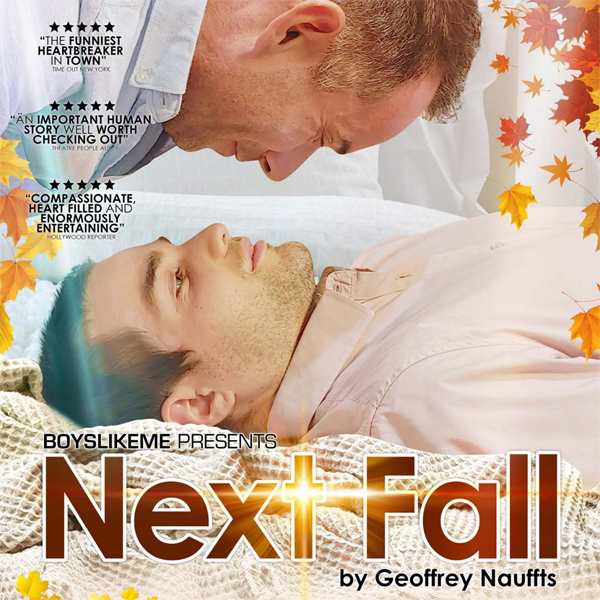 How many times have we critics dreamed of slipping away from a lousy show at interval?

It is utterly against protocol for a theatre reviewer and one of the rules by which I have strictly abided through half a century in reviewing theatre.

So, the first time I do it, it is to leave a show I am absolutely adoring. A brilliant production of a play with such a tightly-written and suspenseful plot that one is on tenterhooks for its resolution.

I don’t know how it ends. I could look it up but I don’t want to lose the chemistry of this stunning work at Holden Street Theatres. I must return.

However, the review should not have to be on ice. Only my poor swollen knee deserves that treatment - the knee I injured when my shoe caught on the wet night brick path as we streamed back into the theatre after interval. And, thank you all those kind audience members who helped me up and thank you venue manager, Mark, for the bag of frozen blueberries which so effectively chilled the horror of excruciating swelling as I waited in the bar for emergency transport home.

I sat there livid that I and my hapless, sympathetic companion, were missing the rest of the play.

Thus do I exhort you all, get thee hence to Holden Street, safely and without delay. To walk carefully in the dark and to see this outstanding show presented in its Australian premiere by Boyslikeme. It is set in a hospital waiting room. Ironic, eh? But it depicts family and friends of a young man in a coma after an accident in New York. It describes the unravelling of levels of love and responsibility, of family secrets and, most significantly of all, of the way in which religious devotion can skewer people’s understandings of each other. So artfully written is this work by Geoffrey Nauffts that its ferocious religious debates stop short of didacticism. Instead, they are well-wrought revelations in the emotional interplay of the characters. To BE-lieve or not to BE-lieve, that is the question.

Elton John produced this work on Broadway to mixed reviews and lots of award nominations, including for three Tonys. The NY Times critic called it “the funniest heartbreaker in town”. Well put, I say. This play has all the elements, from impenetrably eccentric characters to a veritable rainbow of diverse relationships and emotional tensions, vividly acerbic intellectual credibility, and dammit, it is also a comedy. The humour is clever and very welcome.

Design by director Darrin Redgate is effective, and expedient enough for the actors to perform the scene changes as they go. Similarly, effective is the careful pace of his direction which establishes a potent sense of traction while bringing together the facets and attitudes of the characters. And thus emerges the considerable emotional range of Matt Hyde as the agnostic lover trying to dent the barriers of belief thrown up by young Luke, neatly performed by Tom Murdock during flashbacks. Luke’s divorced parents have their own conflicts ongoing and are an interesting study in clichéd Americana as presented by Brendan Cooney and Lisa Lanzi. Jason Jeffries as Luke’s friend has an elegant stage presence, a superb voice, and is a young actor to be watched. But it is Claire Sara who is stealing the show with a simply luminous, nuanced performance as the gentle “fag hag” who provides balance and glue to the fraught relationships around her. Or so it seemed to me in the first act.

Can’t wait to hobble back for the rest. Hopefully that will not be my “Next Fall”.