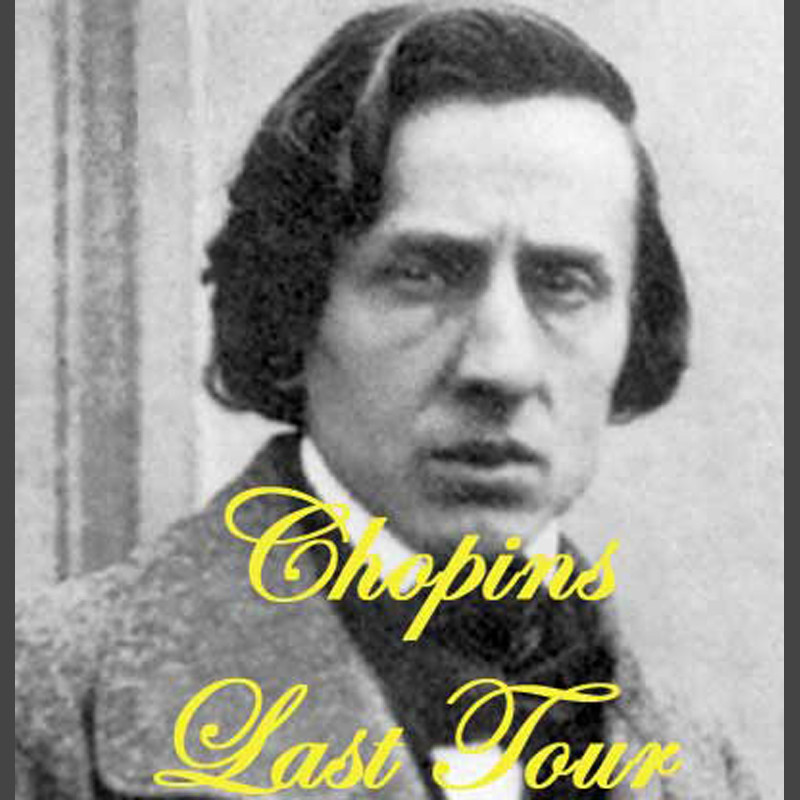 Chopin’s Last Tour is an homage to the man behind some of the most treasured music ever composed for piano. The man is Fryderyk Chopin, and he needs no further introduction, or does he? Phillip Aughey knows that Chopin’s music stands on its own merits, and that back-stories are not really needed to enjoy his music, but a little knowledge about Chopin himself does enhance the listening experience.

Written and performed by Aughey, Chopin’s Last Tour is the story of the composer’s life: his upbringing and family, his nationalistic pride, his battle with illness, and his relationships. The play is set in Scotland in October 1848 during Chopin’s last tour abroad, one year before his death. At this point, Chopin’s life was in disarray: he was emerging from the dramatic ending of his relationship with his lover Amantine Dupin (best known by her pen name George Sand), he was desperately short of money and reliant on benefactors and fees from concerts that he was loath to perform, and he was dangerously ill with tuberculosis. In short, Chopin was desperately unhappy and felt that his life was little more than a misery from which he ached to be released.

The script tries to bring all this to life through a well-constructed and interesting monologue interspersed with performances of some of Chopin’s popular piano music played by Aughey. The pieces are representative of a different phase of Chopin’s life.

The fundamental concept and design of the show is sound, but the execution is tired. Aughey’s acting and pianistic talents are modest but waning, and neither is adequate to make the show really work.

The most poignant moment of the performance is at the end, when Aughey plays the Nocturne in C sharp minor, No.20, which was published posthumously. The lights are dimmed and the monologue concludes with the announcement of Chopin’s death.