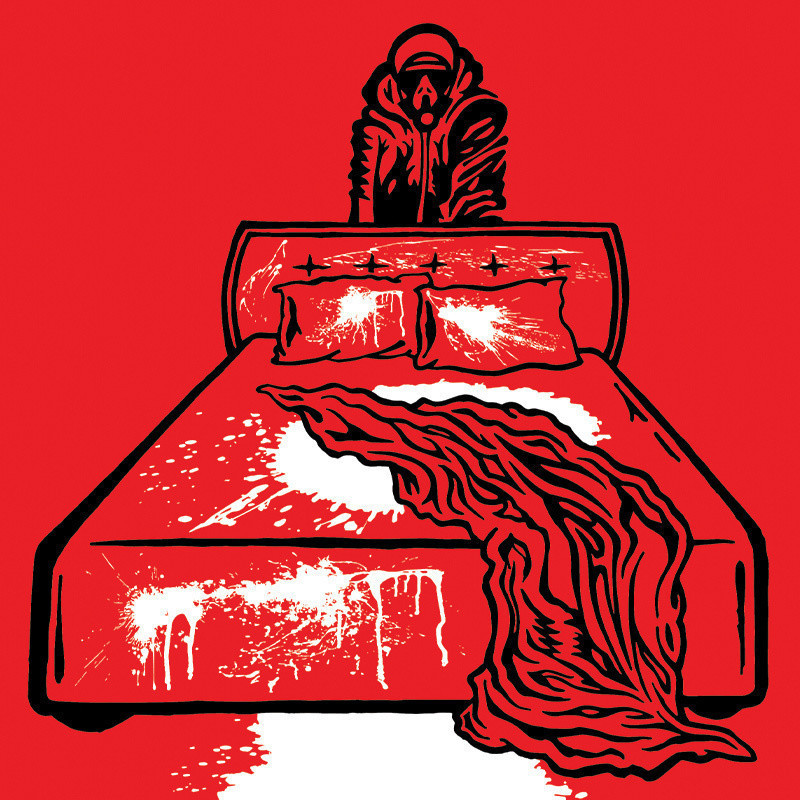 Lost Lives is a new play for two actors written by Spencer Scholz and is presented by the relatively new company Safari Street Creative. The company’s promotional material states they are committed to theatre that is “dangerous, exhilarating and unpretentious”. Lost Lives is a solid attempt to rise to that mission, but it would benefit from being workshopped to bring the grittier themes to the surface.

The action of the play centres on a bedroom that is the scene of a murder that has happened sometime in the recent past, and it’s a bloody mess, literally. A forensic cleaning crew of two is assigned to the scene, and both have back stories: ‘she’ (played by Esther Michelsen) has a former association with the murder victim, and ‘he’ (Ceejay Singh) is on his first assignment, wants to impress, and is keen for a positive recommendation from her. He is muslim and nervous that because the alleged perpetrator of the crime was also muslim this might somehow impact on her perception of how well he does his job. In a world where people are often unjustly ‘guilty’ by association, this theme might have been explored more deeply than it was. As the action unfolds, we learn more about the two characters, particularly her, but not enough of it contributes to shoring up the central story line, that the clean-up is happening the same day as the culmination of the trial of the alleged murderer.

Michelsen and Singh at times underplayed their characters but this is more likely the consequence of a text that, with few exceptions, didn’t demand heightened and more nuanced responses. The resonant ambience of The Studio at times combined with the distinct spoken accents of the two actors to impact vocal clarity. Speaking from behind masks and face shields, which were part of the realistic costuming, compounded this problem on occasion.

Scholz directed the production and capably moved his cast around the minimalist but effectively designed set.