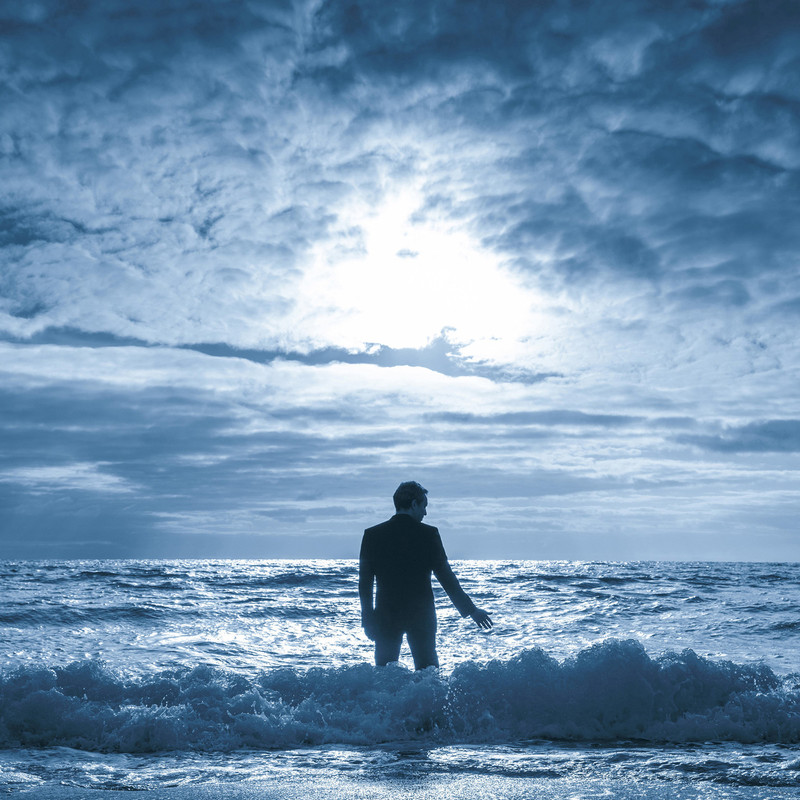 Sea Wall is a one man play written by the celebrated Simon Stephens (stage adaptation of The Curious Incident of the Dog in the Night, Heisenberg) and performed by Renato Musolino, who is rapidly becoming an Adelaide favourite (if he isn’t already). It is essentially about one man’s grief at the death of his child and the inevitable discussion of some of life’s big questions: what is the point of life? Is there a God? Do human beings need organised religion in the face of overwhelming tragedy?

In typical Fringe style, the setting of Sea Wall is minimalistic, and its design is credited to Kathryn Sproule. It comprises nothing more than an empty stage with a monolithic grey stage-block as a backdrop, and a single chair. Sparse. Empty. Achingly cavernous like the man’s pain.

Lighting by Chris Petridis is effective, and much of the play is performed with the house lights half-up. The performer sees the audience, and interacts with them at times engaging in direct but brief dialogue. The imaginary wall that separates the story from the real world – the so-called ‘fourth wall’ – is therefore broken, even if only temporarily. This is a deliberate choice by the playwright or director and its use typically signals the story becoming ‘aware of itself’, and this perhaps is the main problem with the play that director David Mealor has to deal with. The text is a lengthy and chaotic sequence of thoughts and reminiscences that almost border on tedium. The director and performer are faced with the task of making unmotivated text come to life. But it all leads to a key moment late in the play and the audience comes to an understanding. What has been previously said now makes sense and it does have motivation, but the earlier confusion still weighs heavily on the audience. The imagery in Stephens’ text at this key movement is savage and affecting, and from this point the performance becomes quite arresting. Quincy Grant’s underscore injects gravitas, and lightness when needed, and Musolino almost uses it as a prop. Clever.