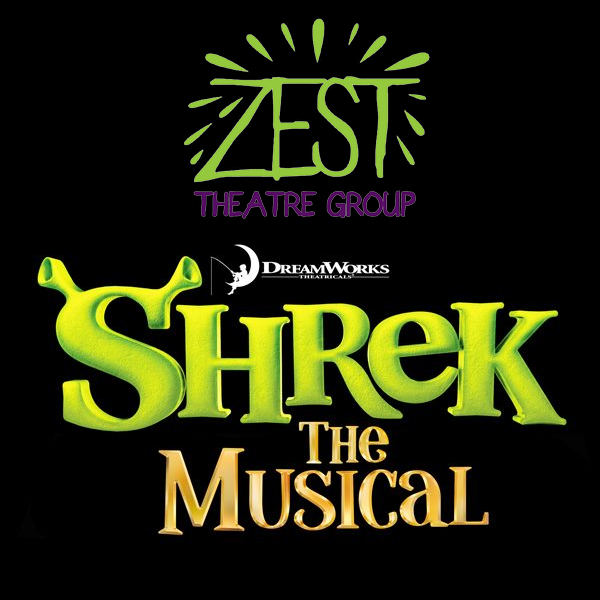 Zest has turned on a musical with a cast of nigh-Broadway talent. Is it the sea air?

Strikingly this production of the Dreamworks musical, introduces in the female lead one Matilda Boysen whose assured stage presence and vocal maturity belies her mere eighteen years of age. She really is quite a phenomenon.

As the Princess Fiona, her role is to be rescued by the ogre, Shrek, and be delivered as a bride for the evil Lord Farquaad who has thrown Fairyland into misery and disarray. Originally an animation movie, it’s a silly old plot, with lots of comforting corn but with book and lyrics by David Lindsay-Abaire and music from Jeanine Tesorie, it is a thoroughly good-spirited and rightly popular musical.

Zest has assembled a huge cast and clearly rehearsed and tutored it thoroughly since its discipline, enthusiasm, and vocal abilities are rather accomplished for a community group. Indeed, the whole production is rather classy, from sound and lighting to choreography and costumes. It has been directed by Peta Bowey and Terry Mountstephen, a remarkable daughter and mother team.

For the role of the green-faced ogre, Shrek, they have found one Chris Stevenson, a bearded hairdresser who not only can roll out an excellent Glaswegian accent but also can belt out a darned good song.  He makes a terrific Shrek with acting skills sufficient to imbue the gentle giant with pathos. Hence, his evolving relationship with the Princess achieves some credibility.

There is a very important donkey in this story and he is embodied by Joel Pathuis, an arrestingly talented 14-year-old with a very interesting voice pitched just a bit low for the demands of this show. He gives Donkey lots of wit and good shtick. Meanwhile, the vertically-challenged Lord Farquaad needs to be performed by an actor on his knees. Harrison Gollege braves this discomfort with panache and delivers a delightfully comic characterisation.

Hence, with this strong cast of principals surrounded by a riot of song and dance and colour, Zest has delivered yet another extremely creditable production and proved itself a theatre group worth taking seriously.