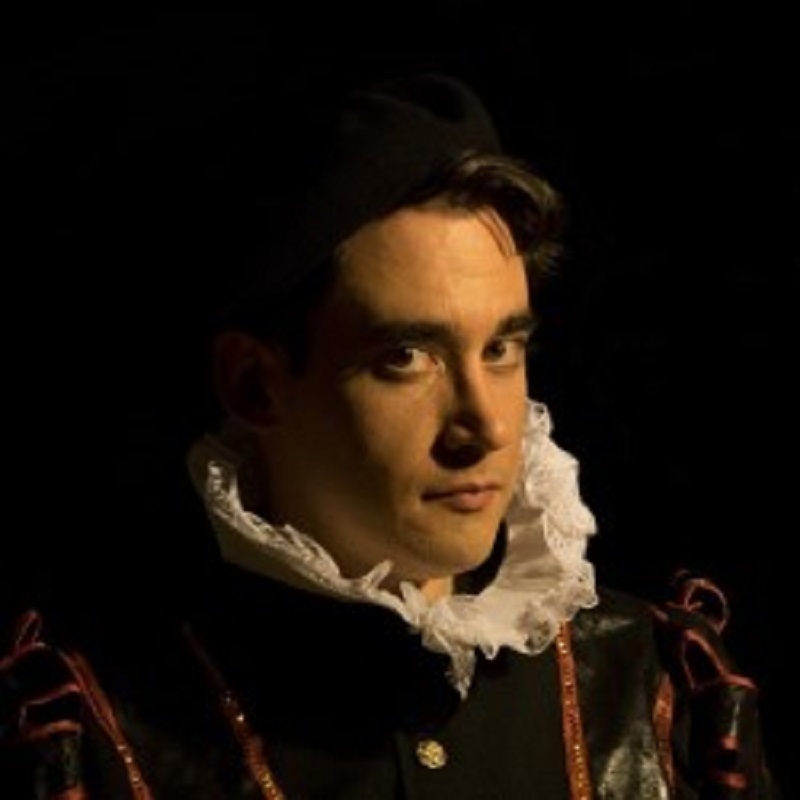 This is an amusing and clever production that is aimed at those of us who really get off on words and enjoy baroque-ish music!

David William Hughes is an actor, musician, historian, singer, and orator, and he has all of those skills in equal measure. Dressed in pompous attire in the style of the Elizabethan era, Hughes plays the role of Tobias Bacon, an Elizabethan who is poor in love and love-making, but is rich in ardour and even richer in lustful intention. Let’s be plain - he just wants to get laid, but he really makes a bad fist of it!

Hughes sings about Tobias’s various amorous pursuits and accompanies himself on a rather handsome lute which he plays with a certain flair. The songs are genuinely from the Renaissance, although , to be picky, the music isn’t entirely true to the musical modes of the period, but it sounds terrific and Hughes is obviously enjoying himself. The songs are unashamedly bawdy and there are even references to certain sex toys that remain popular today! Cleary the Elizabethans knew how to have a good time, and so does Hughes. His palpable enjoyment enthuses the audience and he has them clapping, booing, hissing and participating in no time at all. Most people hate audience participation, especially the ‘being reluctantly dragged up on stage’ type, but Hughes almost has people clambering to join him! He radiates warmth and genuine care for his audience and has his volunteers eating out of his hand as they play characters alongside him.

The narrative that Hughes creates around the songs is witty and delightfully lewd in an oh-so-clever and sophisticated way, and the audience just loves it. His use of language is so smart that one simply cannot take offence, and the fifty minutes goes by so very quickly.

There are two mores shows - February 23 and 24 – at various venues. Check your Guide.

Great fun and a welcome change to the usual sort of stand-up humour.